A group of MPs from Britain's opposition Labour Party broke away on Monday in protest at leader Jeremy Corbyn's support for Brexit and his failure to stamp out anti-Semitism. 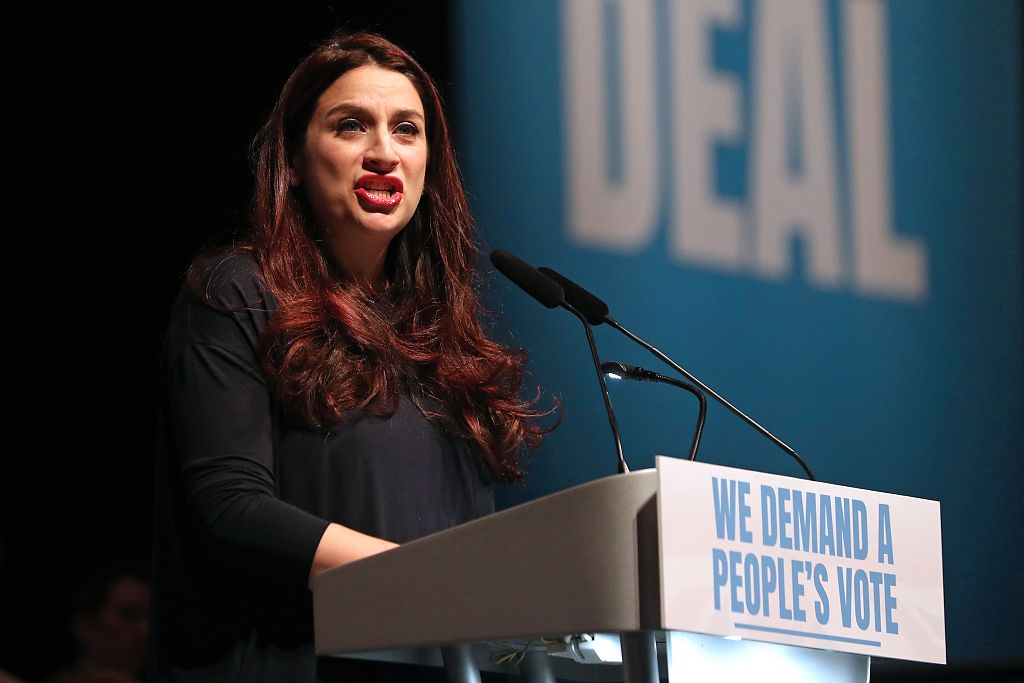 Pro-Europe British politician, opposition labour party MP Luciana Berger speaks at a rally for Best for Britain and People's Vote campaign in London on December 9, 2018, on the eve of the week in which Parliament votes on the Brexit deal. (Photo: VCG)

A group of MPs from Britain's opposition Labour Party broke away on Monday in protest at leader Jeremy Corbyn's support for Brexit and his failure to stamp out anti-Semitism.

The seven MPs included Chuka Umunna, who has led a campaign for a second referendum that could stop Brexit and was once seen as a potential leader of the centre-left party.

Umunna called for a centrist "alternative" in British politics as the rebel MPs complained about the far-left turn the party had taken under veteran socialist Corbyn.

"The bottom line is this -- politics is broken, it doesn't have to be this way, let's change it," Umunna said at a hastily-arranged press conference in London.

The seven MPs will form a breakaway independent group in parliament, undermining Corbyn as he attempts to steer the party through the highly divisive issue of Brexit.

Many Labour voters, particularly in northern England, chose to leave the European Union in the 2016 referendum -- but a majority of Labour MPs and members supported staying in.

The referendum cut across party political allegiances also in the ruling Conservative Party, which is now deeply divided between pro-EU moderates and Brexit hardliners.

The Labour rebellion is unlikely to make a major difference in crucial upcoming votes on Prime Minister Theresa May's Brexit deal but the move was welcomed by pro-EU forces.

Vince Cable, leader of the opposition Liberal Democrats, said he was "open to working with like-minded groups and individuals in order to give the people the final say on Brexit, with the option to remain in the EU".

Corbyn said he was "disappointed" by his MPs' decision.

"Now more than ever is the time to bring people together to build a better future for us all," he said, pointing to the party's strong result in the last general election in 2017.

Corbyn has come under fire from europhiles for failing to push for a second referendum. He has instead called on May to negotiate a customs union with the European Union to ease trade ties after Brexit.

Corbyn has also been criticised for months for his handling of cases of anti-Semitism in the Labour Party, and his own past associations with Palestinian militants.

Another of the seven MPs, Luciana Berger, a victim of anti-Semitic online abuse for years, said: "This has been a very difficult, painful but necessary decision."

"I am leaving behind a culture of bullying, bigotry and intimidation," she said.

MP Mike Gapes said one of his main reasons for leaving was because he was "furious that the Labour leadership is complicit in facilitating Brexit".

His colleague Chris Leslie said he too was leaving because of "Labour's betrayal on Europe".