WORLD Seven people confirmed dead in wildfires in US Oregon

Seven people confirmed dead in wildfires in US Oregon 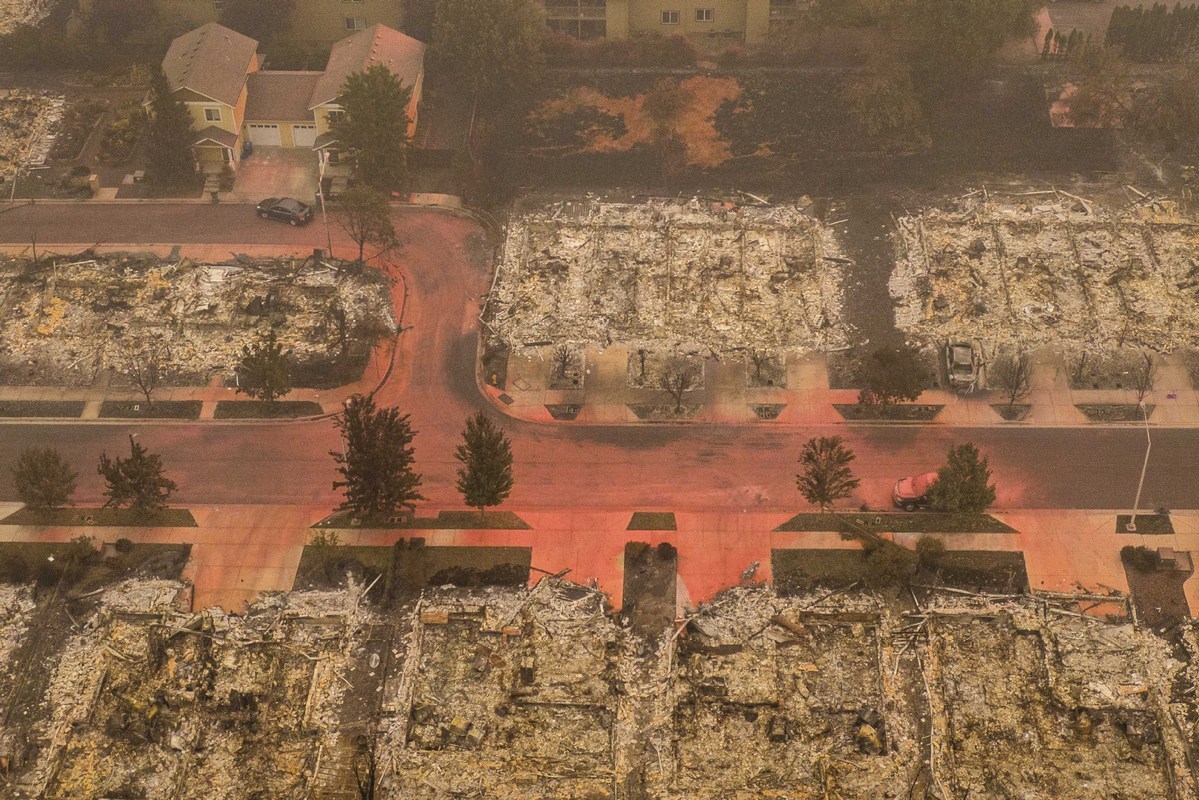 In this aerial view from a drone, homes destroyed by wildfire are seen in Talent, Oregon, US on Sept 12, 2020. (Photo: Agencies)

SAN FRANCISCO - Seven people have been confirmed dead, dozens more are unaccounted for and hundreds have lost their homes as historic wildfires continue to burn throughout the US state of Oregon, officials said on Saturday.

The fires have scorched more than 1 million acres throughout the state. The figure is about twice the yearly average over the past 10 years, according to a report by OregonLive.

The blazes have caused widespread evacuations, forcing more than 40,000 to flee their homes. Many evacuations remain in effect Saturday, while some have been downgraded.

Air quality of Oregon's largest city Portland was the worst among major cities across the world Saturday morning because of the fires.

"Mariana is assuming this position as Oregon is in an unprecedented crisis which demands an urgent response," Travis Hampton, the state police superintendent, said in a statement.

"This response and the circumstances necessitated a leadership change," he added.