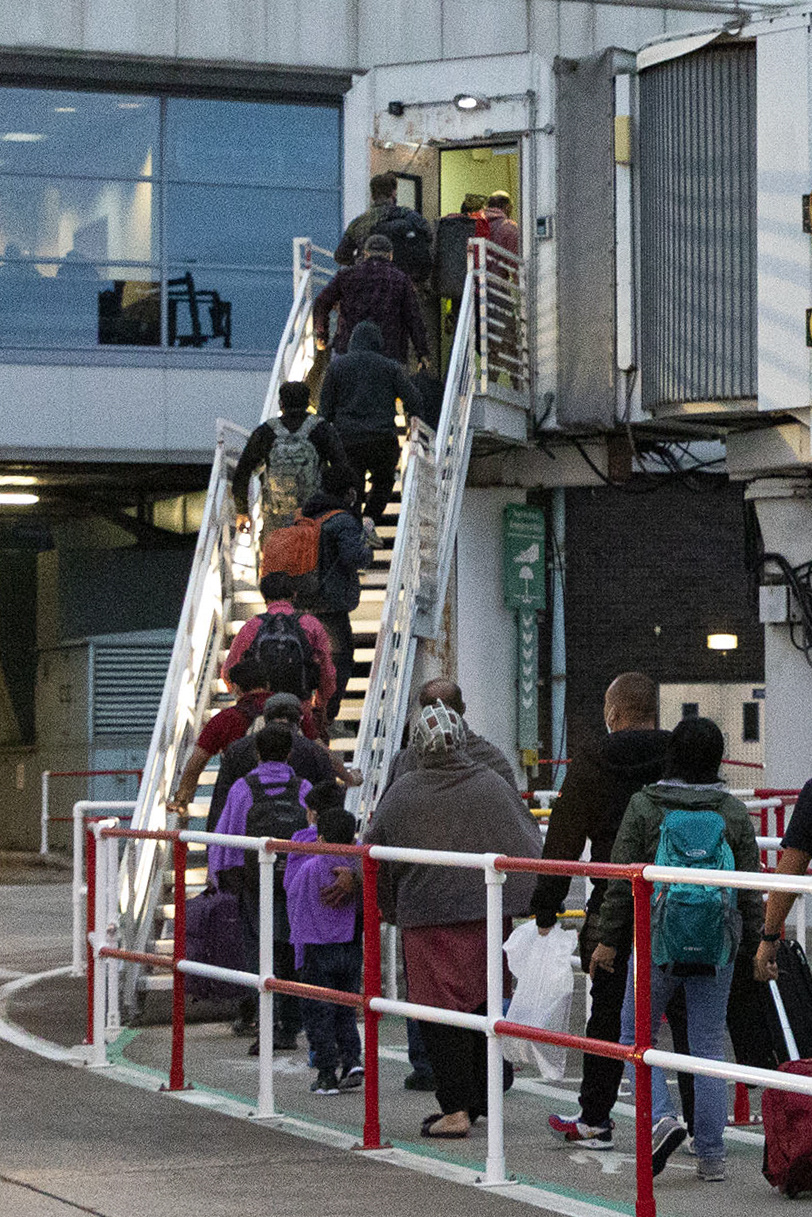 A handout picture taken and released by the British Ministry of Defence (MOD) on August 19, 2021 shows Afghan civilians and British nationals after disembarking a civilian charter flight from Kabul in Afghanistan at an undisclosed airport in Central England on August 18, 2021. (Photo: agencies)

Seven people in crowds near Kabul airport were killed amid chaos as thousands of people gathered trying to flee Afghanistan after Taliban Islamists took control, according to Britain's Ministry of Defence.

"Our sincere thoughts are with the families of the seven Afghan civilians who have sadly died in crowds in Kabul," the UK defence ministry said in a statement on Sunday.

"Conditions on the ground remain extremely challenging but we are doing everything we can to manage the situation as safely and securely as possible".