Several cities in Los Angeles under evacuation warnings due to wildfire 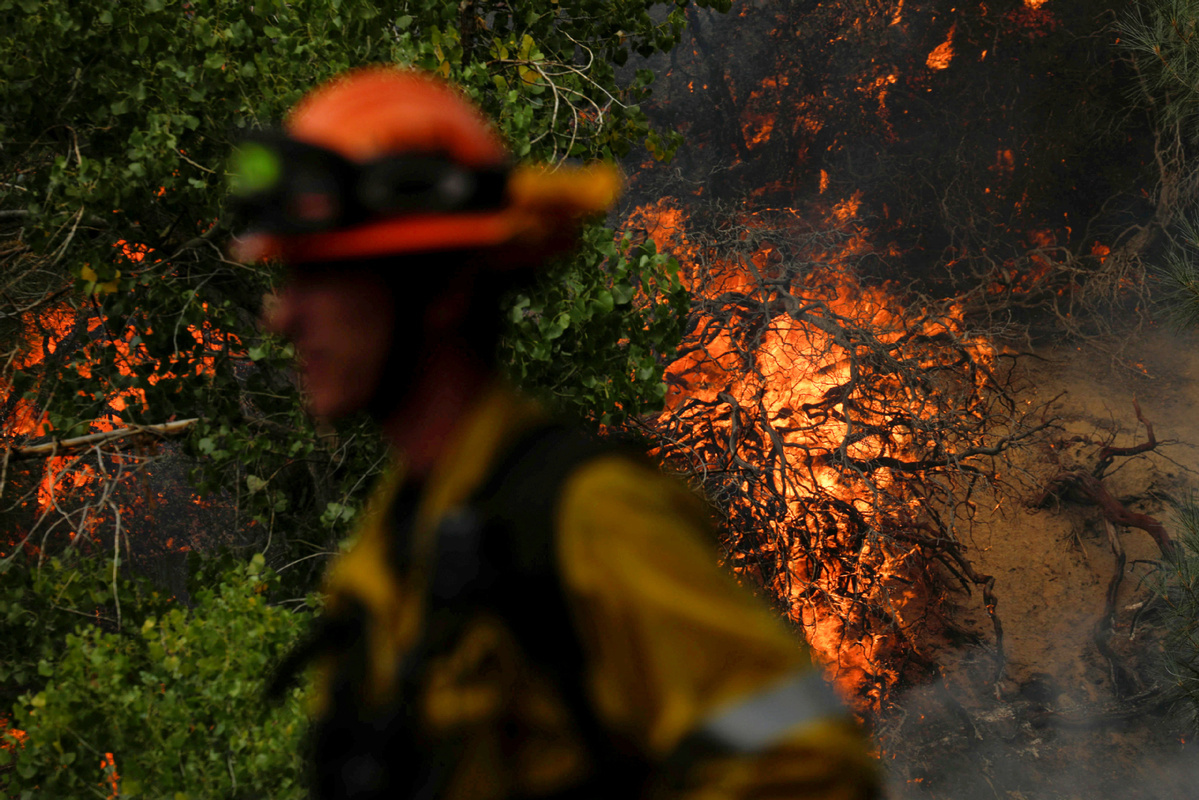 A firefighter monitors a spot fire as a fast-moving wildfire, called the Lake Fire, burns in a mountainous area of Angeles National Forest north of Los Angeles, California, US August 13, 2020. (Photo:Agencies)

LOS ANGELES - As a wildfire in Angeles National Forest continued spreading and the dangerous Santa Ana winds was predicted to hit the area Wednesday evening, several cities in Los Angeles county along the foothill was under evacuation warnings.

About 400 firefighters and at least four air tanks were sent to battle the blaze, InciWeb said. However, bad weather hampered the efforts.

"The combination of hot and dry conditions, locally gusty winds, and critically dry fuels will continue to produce critical fire weather conditions across these areas through this evening," InciWeb said.

Tens of thousands of residents living in the cities of Duarte, Bradbury, Monrovia, Arcadia, Sierra Madre, Pasadena and Altadena, which stand along the foothill of Santa Ana Mountain where the Angeles National Forest is located, received evacuation warnings Wednesday morning.

In Arcadia, where almost half of its 60,000 residents are Chinese Americans, the city authority on Wednesday announced a state of emergency and encouraged some residents to voluntarily evacuate as a safety precaution.

"The Arcadia Fire Department is fully staffed and is monitoring the situation all clock, with all reserve engines ready should the fire escalate," the city said in a newsletter to residents Wednesday morning. "We suggest residents affected by the fire to prepare for the evacuation."