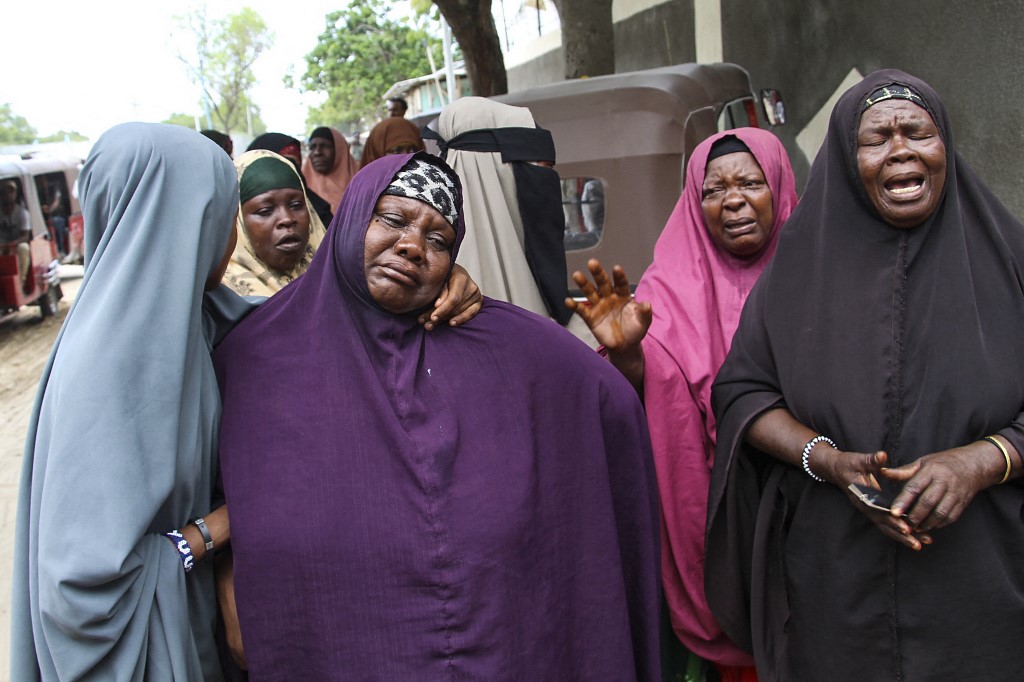 This photo taken at the Medina hospital in Mogadishu on June 15, 2021 shows a woman crying after her son was killed in the bombing at a military camp in Mogadishu. (Photo: AFP)

MOGADISHU, Sept. 14 (Xinhua) -- Several people are feared dead after a suicide bomber blew himself up in Mogadishu's Wadajir district on Tuesday afternoon, targeting a gathering of the Somali National Army soldiers, the police said.