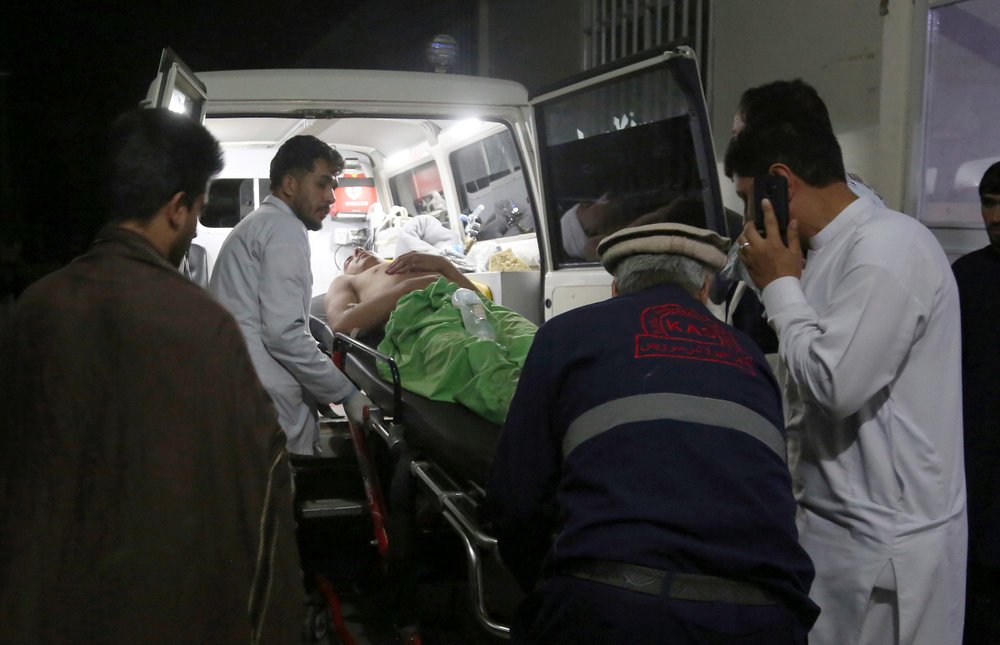 KABUL, Aug. 18 (Xinhua) -- Several people were either killed or injured after an explosion ripped through a wedding hall in the Afghan capital of Kabul on Saturday night, the spokesman of Interior Ministry confirmed early Sunday.

Dozens of people were inside the wedding hall when the explosion occurred near the stage of the two-story building.

Witnesses said the hall was packed with guests attending the wedding ceremony of an Afghan couple when the explosion hit.

Unconfirmed reports said that more than 30 people were killed and over 90 others wounded in the incident.

Ambulances were evacuating the victims as of early hours of Sunday.

No group or individual has claimed responsibility for the incident so far.