By MAY ZHOU in Houston | chinadaily.com.cn 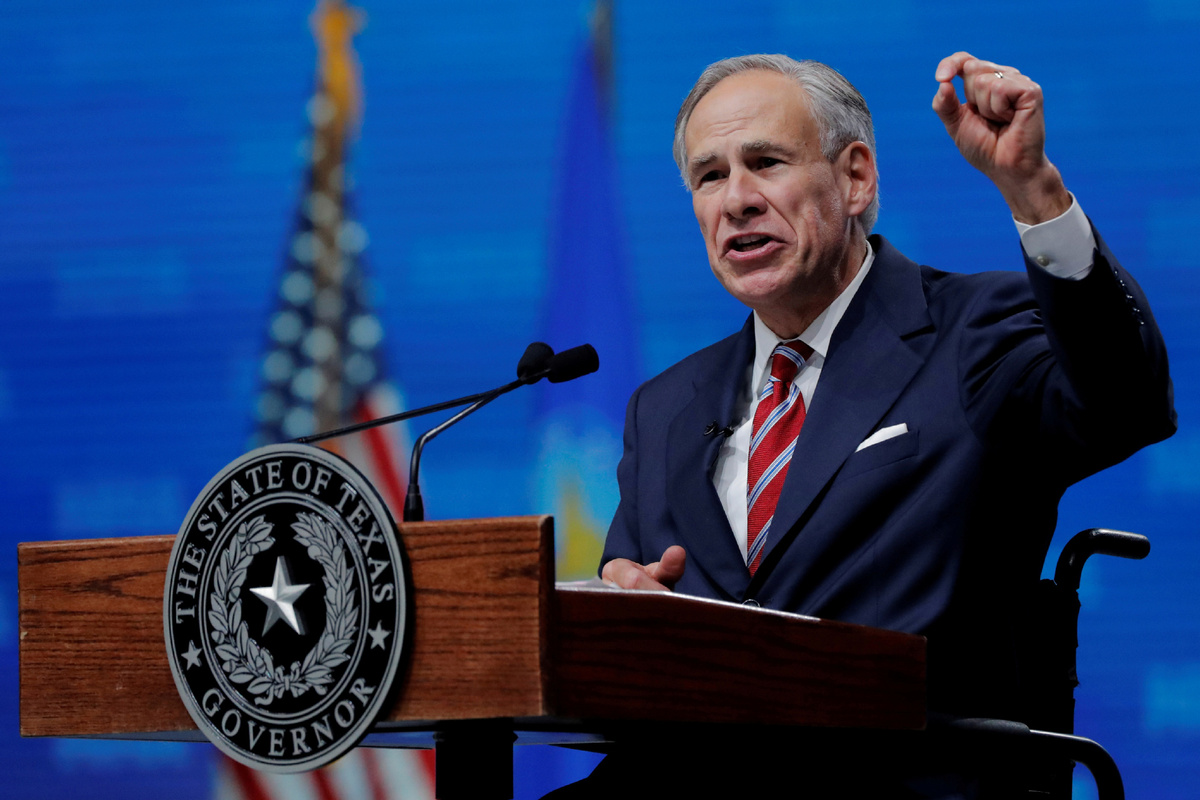 Officials from several states across the US have deemed that abortions are elective surgical procedures that can be postponed for up to several weeks during the COVID-19 pandemic crisis.

On March 22, Texas Governor Greg Abbott issued an executive order barring any procedures that are not "immediately medically necessary" to conserve medical resources to deal with the influx of patients due to the coronavirus pandemic.

Texas Attorney General Ken Paxton quickly declared that the order applies to any abortion not considered critical to protect the life or health of the mother.

Similar orders banning abortions during the public health crisis have also been issued in Ohio, Oklahoma, Alabama and Alaska — and they are being fought in court with mixed results.

In his ruling, Goodwin wrote that "while the current public health emergency allows the state of Oklahoma to impose some of the cited measures delaying abortion procedures, it has acted in an 'unreasonable,' 'arbitrary,' and 'oppressive' way — and imposed an 'undue burden' on abortion access — in imposing requirements that effectively deny a right of access to abortion."

In Ohio, the state's temporary ban on abortion was blocked March 30 by US District Judge Michael Barrett, who said in his ruling that a woman's doctor, not the state, should decide if the abortion was nonessential.

That reasoning was echoed by Kentucky Governor Andy Beshear.

Kentucky Attorney General Daniel Cameron last week called on Beshear to also temporarily ban abortion as part of his order to suspend elective surgeries. Beshear said at a news conference that he leaves the determination of what is essential and what is not up to healthcare professionals.

Ohio and Oklahoma are appealing their cases in federal appeal courts.

Last week in Texas, federal judge Lee Yeakel in Austin sided with the abortion providers who filed a lawsuit to stop the abortion ban and blocked the state's ban.

Yeakel ruled that the stated goal of the abortion ban — to free up hospital space and conserve medical equipment during a global pandemic — was not accomplished by the state policy and could not justify curtailing a woman's right to decide whether to have an abortion.

However, the 5th US Circuit Court of Appeals in New Orleans reversed the judgment Tuesday. Judge Stuart Duncan faulted Yeakel for usurping "the state's authority to craft emergency health measures" and improperly substituting his own judgment on the effectiveness of those efforts.

Texas abortion providers said they decided not to challenge the decision before the US Supreme Court but instead will seek clearance to prescribe abortifacients and perform abortions for women who are nearing Texas's 20-week cutoff. The state indicated that it will oppose such requests.

Texas bans abortion after 20 weeks unless the pregnancy endangers the life of the mother. Abbott's order is effective until April 22 but cannot be extended.

According to Texas Monthly, the Clinic Access Support Network in Houston, which pays for travel to bring people into the city for abortions, is now paying for patients to travel out of state.

Rebecca Dreke, the treasurer of Fund Texas Choice, said her organization has doubled its typical weekly spending limit of $1,000 since the executive order took effect, in order to send patients to New Mexico, Colorado, Mississippi and Kentucky for abortion services.

Alaska also placed surgical abortion on a list of procedures that could be postponed to help conserve personal protective equipment amid the COVID-19 outbreak. The order was updated Tuesday with more detail and requires cancellation or postponement of such procedures until after June 15.

Jessica Cler, the director for Planned Parenthood in Alaska, said in a statement that abortion is an "essential, time-sensitive medical procedure".

"It is shameful to see elected officials exploit a public health crisis to score political points and restrict abortion access," she said.