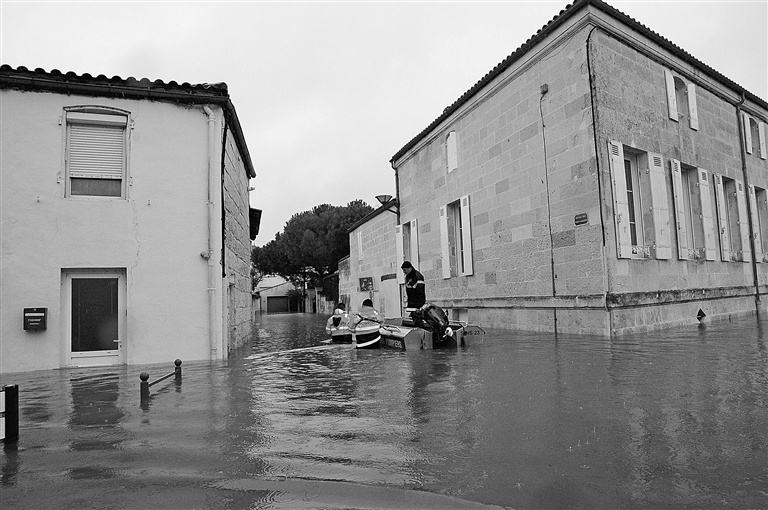 Thousands of homes are threatened and thousands of residents have been evacuated, as severe flooding hit southwest France after Storm Justine, with water levels expected to rise.

Most of the Nouvelle-Aquitaine region has been affected, and Prime Minister Jean Castex visited the department of Lot-et-Garonne, which has been particularly badly hit.

The prime minister said that in some areas, he would declare an official “natural catastrophe,” to enable owners to claim on insurance for the damage as soon as possible.

He added that he was also discussing ways to improve infrastructure and flood protection in the area to help avoid more flooding in future.

Around 190 people were evacuated from their homes as a precaution in the department of Charente-Maritime, as the waters of the rivers Charente and Boutonne continue to rise.

Around 7,500 residents of the town of Saint-Jean-d’Angely near Boutonne were evacuated as a precaution, as 200 firefighters, gendarmerie and police officers were deployed in the area. Reinforcements came from Creuse, Correze, Vienne and Haute-Vienne.”

The Agence France-Presse said: “The Charente [river] will rise by 30 centimeters this weekend, and reach 6.3 meters on Monday. The weather should be more mild from Tuesday onwards, when the waters may start to go down.”

Water levels reached six meters in the town of Saintes at midday Saturday.

Roads are closed and more than 100 homes are without electricity.