ULAN BATOR, March 18 (Xinhua) -- Extreme wintry weather, known as dzud in Mongolia, killed a total of 540,400 livestock across the country in the first two months of this year, marking a threefold increase from the same period last year, according to data released by the country's National Statistics Office (NSO) on Thursday. 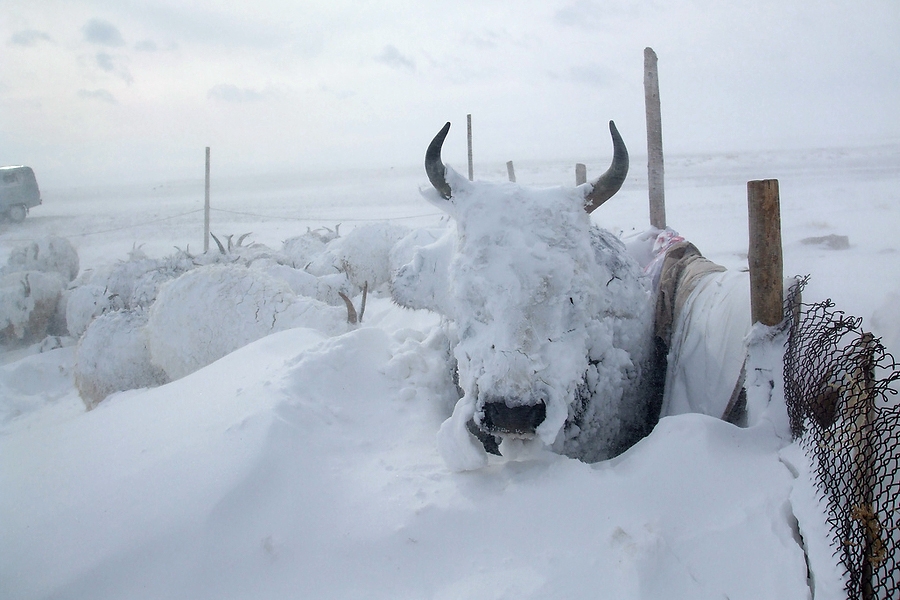 Dzud is a Mongolian term to describe the frigid winter that comes after a dry summer and causes numerous livestock to die of starvation or cold.

Over half of Mongolia's all 21 provinces have now been suffering dzud or near-dzud conditions, according to the country's Food and Agriculture Ministry.

Around 85 percent of the dead animals were goats and sheep, the NSO said.

Animal husbandry is the backbone of the landlocked country's economy as nearly 40 percent of its nomad population depend on animal husbandry for livelihood.

Mongolia had 67.1 million heads of livestock at the end of 2020, according to the statistical agency.

Thousands of herders lose their animals almost every year due to dzud. In 2016, more than 1 million farm animals died from extreme weather conditions.