Seychelles leader: No time for ‘blame game’ in climate fight 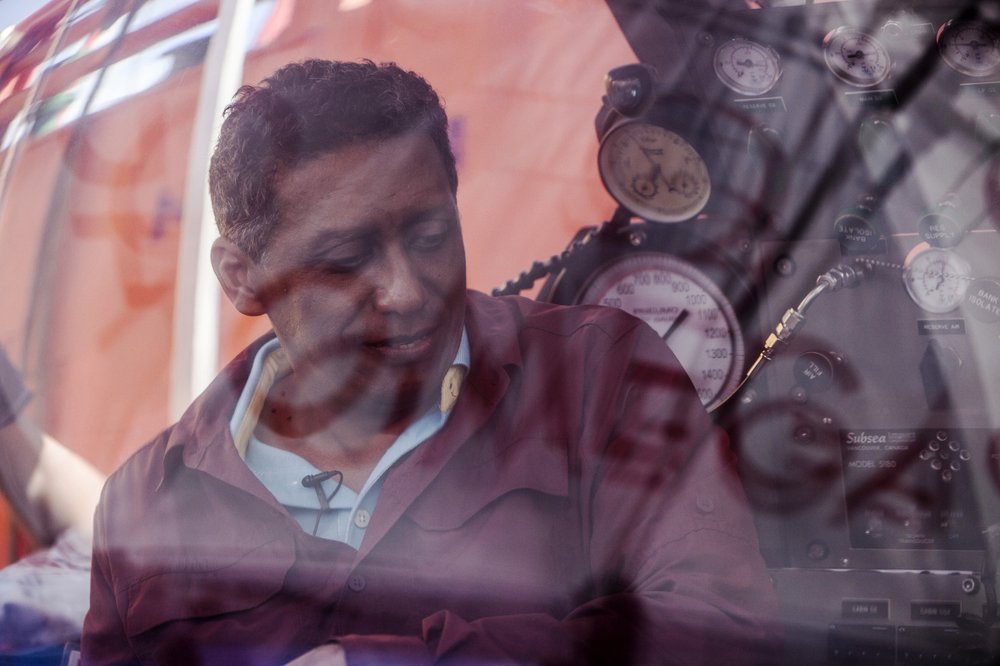 In this Saturday, April 13, 2019 file photo, Seychelles President Danny Faure sits inside a submersible on the deck of vessel Ocean Zephyr, off the coast of Desroches, in the outer islands of Seychelles. (Photo: AP)

The Seychelles president is warning there’s no time for a “blame game” in the fight against climate change and he urges major nations to do more.

President Danny Faure in an exclusive interview with The Associated Press says small island nations like his are the least responsible for the problem but among the most vulnerable as sea levels rise.

“The science is clear,” he said. “The scientists have spoken. We all know that we have a problem. What is needed is a responsible global action.”

Earlier this year Faure gave a groundbreaking speech from submersible hundreds of meters below the Indian Ocean surface to highlight the fragility of one of the world’s least explored ecosystems.

He said the time to act on climate change is now.

Faure recently visited the British-led Nekton Mission, which earlier this year spent seven weeks surveying Seychelles waters. The island nation of fewer than 100,000 people is on track to protect almost a third of its waters by next year, a sea area larger than Germany.

But already rising water temperatures are bleaching the Seychelles’ coral reefs. The increased frequency of extreme weather events is another threat.

Even plastic waste poses a problem.

“A total of 25,750 kilograms of marine debris was collected, out of which 50,000 single flip flops,” Faure said. “It just shows you the amount of pollution caused by marine debris to one of the pristine sites that we have.”

For the Nekton Mission, marine scientists from the University of Oxford surveyed underwater life, mapped large areas of the seafloor and ventured deep beneath the waves with manned submersibles and remote vehicles.

The scientists plan to present their research at a summit on the state of the Indian Ocean in 2022.

Researcher Paris Stefanoudis said they are “pretty confident” they have discovered new species, from small zooplankton to soft corals, but the discoveries are yet to be scientifically verified.

“There was an incredible diversity and abundance of fish, especially in protected areas like Aldabra, which shows that marine protected areas do work when they are put in place,” Stefanoudis said.

Research assistant Nico Fassbender said it is clear the Seychelles’ policy of protecting its waters is working.

“It’s reflected in the fish,” he said. “Not just by the amount that we see, as in there’s more fish than on unprotected islands, but also because there’s bigger fish, which then tells us it’s a healthier ecosystem.”

Faure said he is hopeful the scientists’ conclusions will give the international community more reason to protect marine areas.

“We as a country will be in a position scientifically to say, ‘This is how we measure and this is the difference,’” he said.