Armenian refugees who fled a six-week war between Azerbaijan and ethnic Armenian forces have begun to return home to Nagorno-Karabakh to try to rebuild their shattered lives after Russia last week brokered a peace deal over the enclave.

At least two convoys of buses carrying residents arrived in Stepanakert, the capital of the mountainous area, from neighboring Armenia over the weekend.

Under the terms of the agreement, control over the enclave's main city Stepanakert, in territory internationally recognized as Azerbaijan, will stay with ethnic Armenians despite them being forced to cede other land to a victorious Azerbaijan. 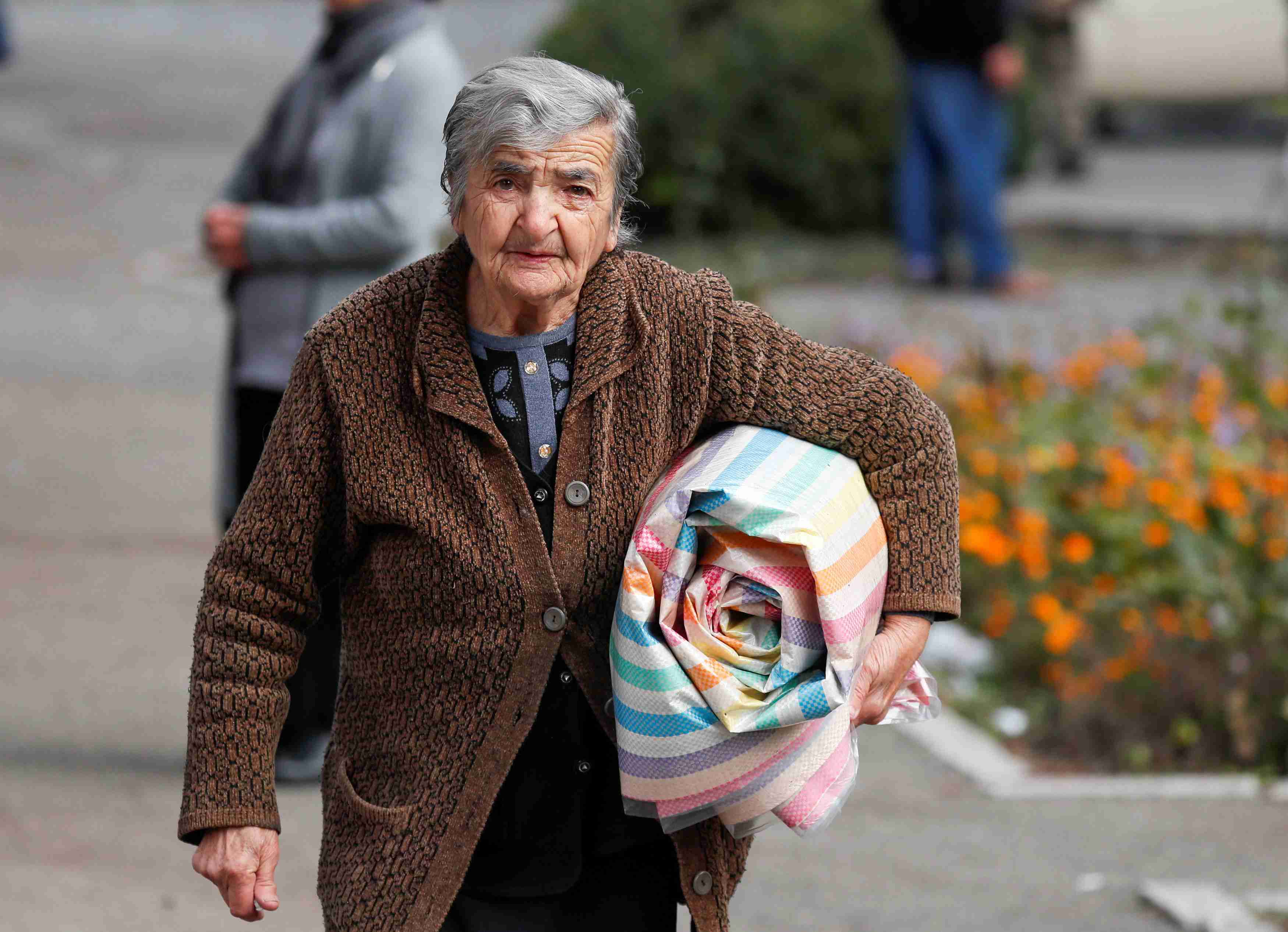 Local resident carries a plastic sheet, which is used to cover broken windows and roofs in Stepanakert, November 16, 2020. (Photo: Reuters)

On Monday, refugees lined up in the center of Stepanakert, which had been deserted for weeks beforehand, to collect bags of humanitarian aid which included staples such as canned food and pasta. Some said they had come back with a heavy heart.

"I have seen the third war already here. In 1992 and 2016 I did not leave the city for even a minute. But this time it was awful," said a middle-aged woman who declined to give her name.

The woman, who said she had returned on Sunday, said she had left for the Armenian border town of Sisian after the first week of fighting in early October when she had been forced to hide from shelling in a bomb shelter. 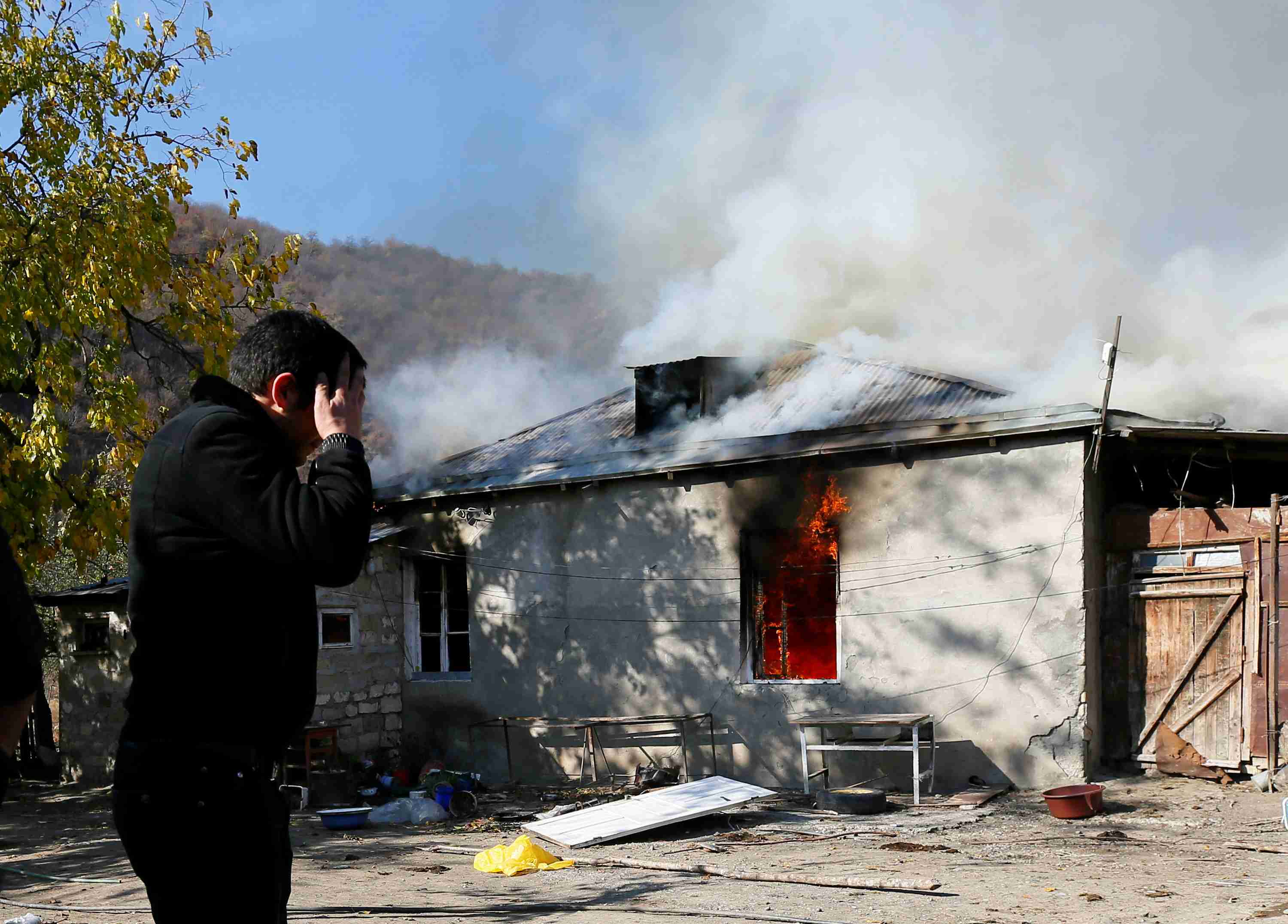 A man stands near a house set on fire by departing ethnic Armenians in the village of Cherektar in the region of Nagorno-Karabakh, November 14, 2020. (Photo: Reuter)

While Stepanakert may remain in ethnic Armenian hands after the deal, Shusha, the second largest town in Nagorno-Karabakh, is now controlled by Azerbaijan after fierce fighting.

"There are no Armenians in Shusha now," said 35-year-old Alexander Simonyan, a gymnastics teacher from Shusha.

When the fighting began, he sent his wife and children to Armenia and joined the Nagorno-Karabakh troops. He said he now lived with a friend in Stepanakert and had nowhere to house his family, though he hoped local authorities might offer them all somewhere to live.

"This is our land. Where else can I go? I can't live in another place."

The Russian defense ministry said on Monday it had helped 475 people to return on Sunday and that a total of 725 people had come back to the enclave since November 14. 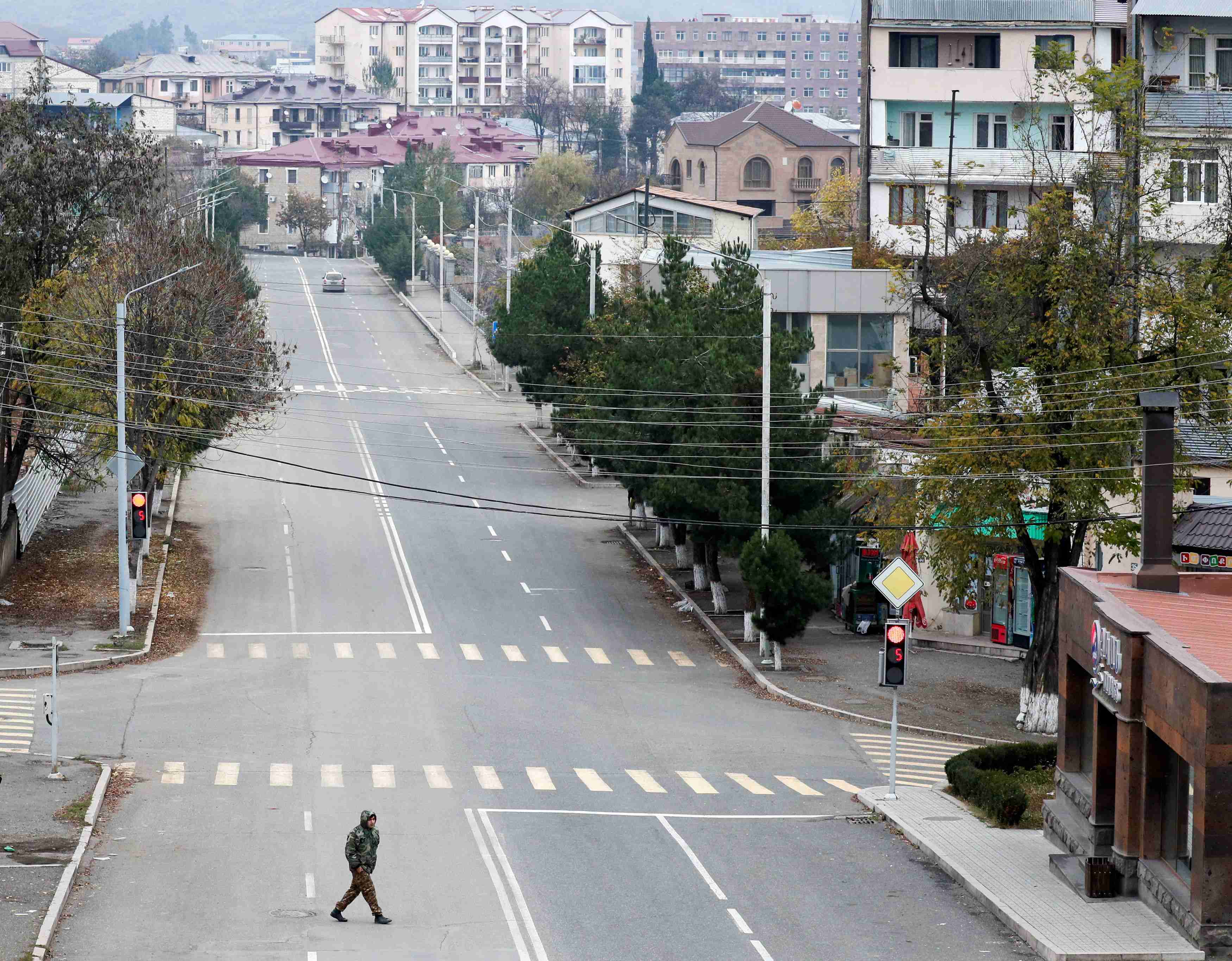