The giant cargo ship Ever Given that blocked the Suez Canal for nearly a week in March has been repaired in east China's coastal city of Qingdao, local authorities said Saturday. 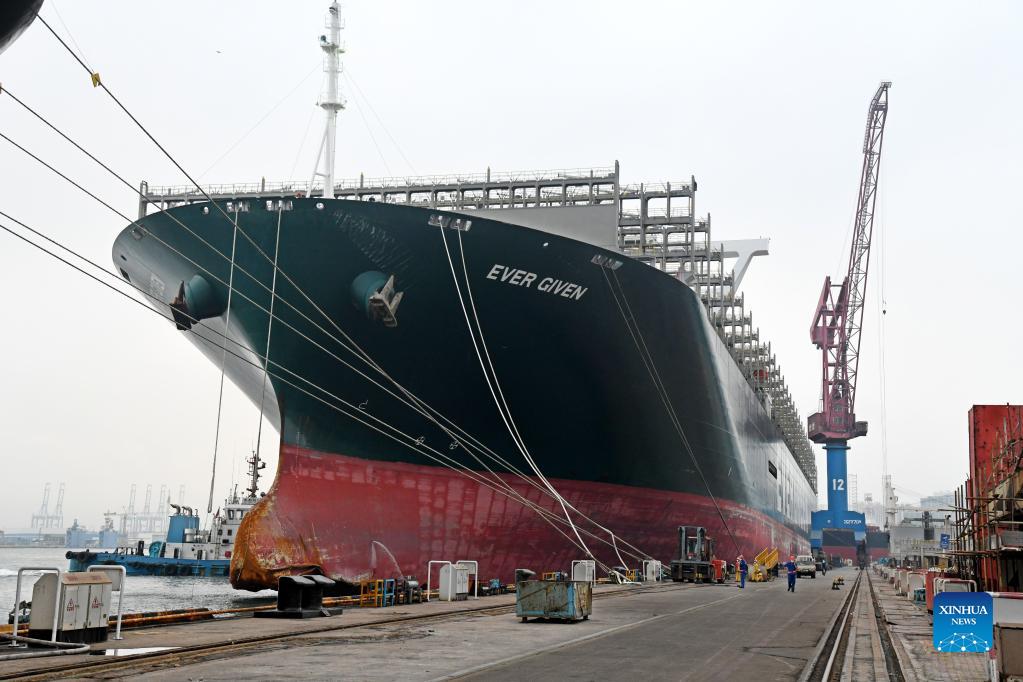 The ship will proceed to Shanghai and Ningbo to load goods before leaving for Europe, with a stopover in Malaysia. This journey will mark her first cargo voyage after repair.

The Ever Given, with a length of nearly 400 meters, has a capacity of 20,388 TEUs. She is owned by a Japanese company and operated by Evergreen Marine Corp. based in China's Taiwan.

The ship ran aground in the Suez Canal on March 23 and jammed global shipping traffic until refloated on March 29 with the help of more than ten tugboats. She was sent to Qingdao Beihai Shipbuilding Heavy Industry Co., Ltd. for repair on Oct. 4.