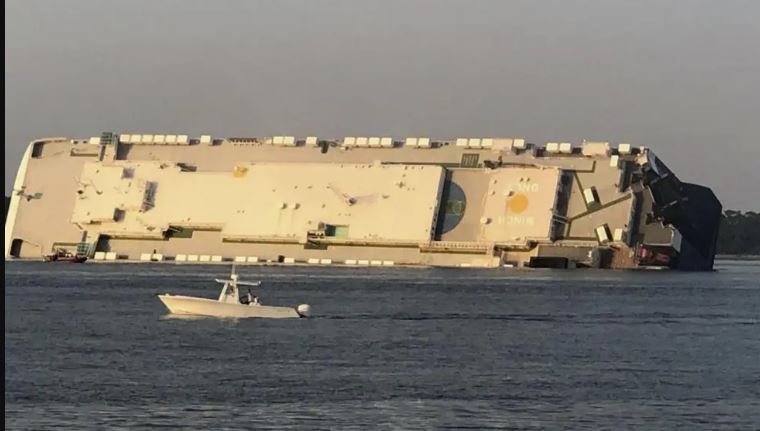 The coast guard was informed by Japanese authorities that the 72-ton ship tipped over at about 2:24 p.m. local time (0524 GMT) in international waters some 168 km northeast of the Dokdo islets.

Crewmen aboard the vessel were four Chinese, two Indonesians and three South Koreans. The nine crewmen were still unaccounted for.

The Chinese embassy urged the South Korean side to make every effort to carry out search operations, share the latest progress of the operations and provide relevant personal information of the Chinese crewmen as soon as possible.