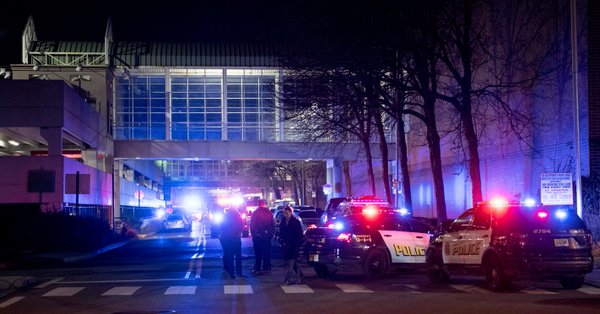 Police initially responded to the busy shopping center around 6:15 p.m. for reports of a fist fight in the food court, which soon escalated to reports of shots fired between people involved in the brawl.

The mall was evacuated as first responders arrived at the scene and discovered a man shot in the arm and foot near the food court.

A short time later, police say another man arrived at Jersey City Medical Center with a gunshot wound to his abdomen.

Mayor Steven Fulop said an arrest warrant was out for one of the injured people in connection with another shooting nearby. Both men are in critical but stable condition.

Police Chief Michael Kelly said the shooting could possibly be gang-related. He said authorities know “some of the victims” and that they “weren’t up to anything very good.”

Witnesses say dozens of people were involved in the initial melee.

“From what I saw it started as just a discussion, and started getting heated up,” one man who was at the mall with his daughter told CBS2’s Valerie Castro. “From nowhere someone got the gun and started shooting.”

It wasn’t immediately clear if anyone was in custody in connection to the shooting.

NJ TRANSIT bus service to and from the mall was suspended in response to the police presence.