WORLD Shooting at US mall sparks panic on Black Friday

Shooting at US mall sparks panic on Black Friday

A man was shot in the wrist after a fight at a crowded New Jersey mall on Black Friday, police said, sparking panic on the busiest shopping day of the year. 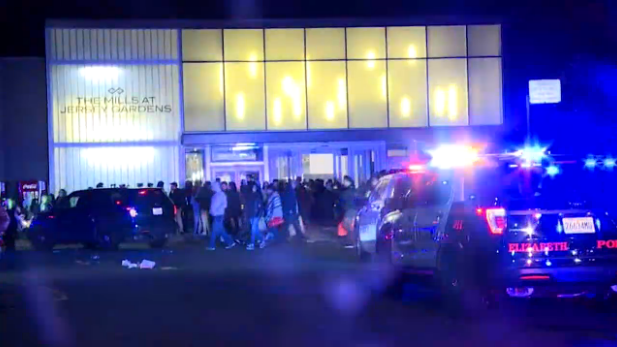 It was not immediately clear what the motive behind the shooting was as the victim was refusing to cooperate, but the gunshot led to the evacuation of the Jersey Gardens mall as police converged on the scene.

Videos posted on social media showed shoppers taking cover, while others were being urged to "get down." Some took to Twitter to say they thought they were under attack by an active shooter.

The mall had seen 25,000 shoppers over the course of the busy retail day, local media reported.

"It was an isolated incident," Lieutenant Todd Kelly of the Elizabeth Police Department told AFP.

"A male was shot in the wrist in the hallway of the Jersey Gardens Mall, between the Tommy Hilfiger and Marshalls Store.

"We have not apprehended a suspect, and the victim is not cooperating on identifying the suspect. The mall is secure and evacuated at this point," Kelly said.

Disputes between shoppers scouring for bargains on Black Friday often result in violence. Eleven Americans have been killed and 116 injured on the day since 2006, according to the website Blackfridaydeathcount.com.