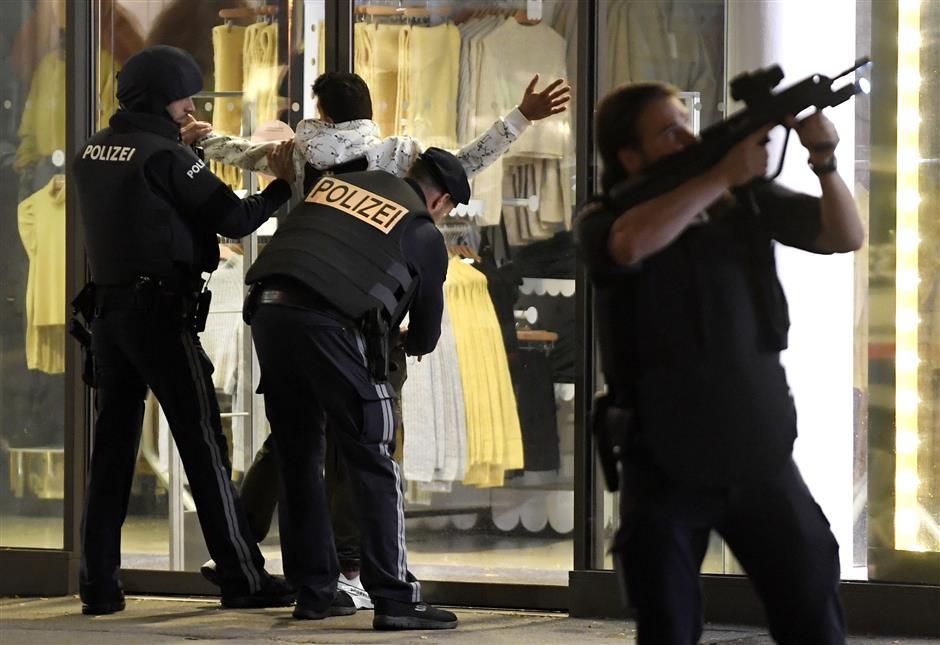 Police control a person at Mariahilferstrasse in central Vienna on November 2, 2020, following a shooting near a synagogue. (Photo: Xinhua)

The shootings that happened on Monday evening in central Vienna appeared to be a terrorist attack with multiple perpetrators, according to Austrian Interior Minister Karl Nehammer.

"The attack is still ongoing," said the minister to Austrian broadcaster ORF.

Local media reported that at least seven people were killed in the attack.

There were several people injured, the Vienna police said on Twitter. According to a ministry spokeswoman, a police officer was shot and seriously injured in the exchange of fire near Schwedenplatz. Local media just reported that one police officer was killed.

"We are with all possible forces in action," wrote the police on Twitter, calling on people to avoid all public places in the city.

Videos broadcast by private broadcaster "Oe24" showed a masked shooter who fired at least two shots in the street. Another video showed a large pool of blood outside a restaurant.

Oskar Deutsch, president of the Jewish Community of Vienna, said that it is not clear whether the city temple was one of the targets. "What is certain, however, is that both the synagogue in Seitenstettengasse and the office building at the same address were no longer in operation and closed at the time of the first shots," he wrote on Twitter.