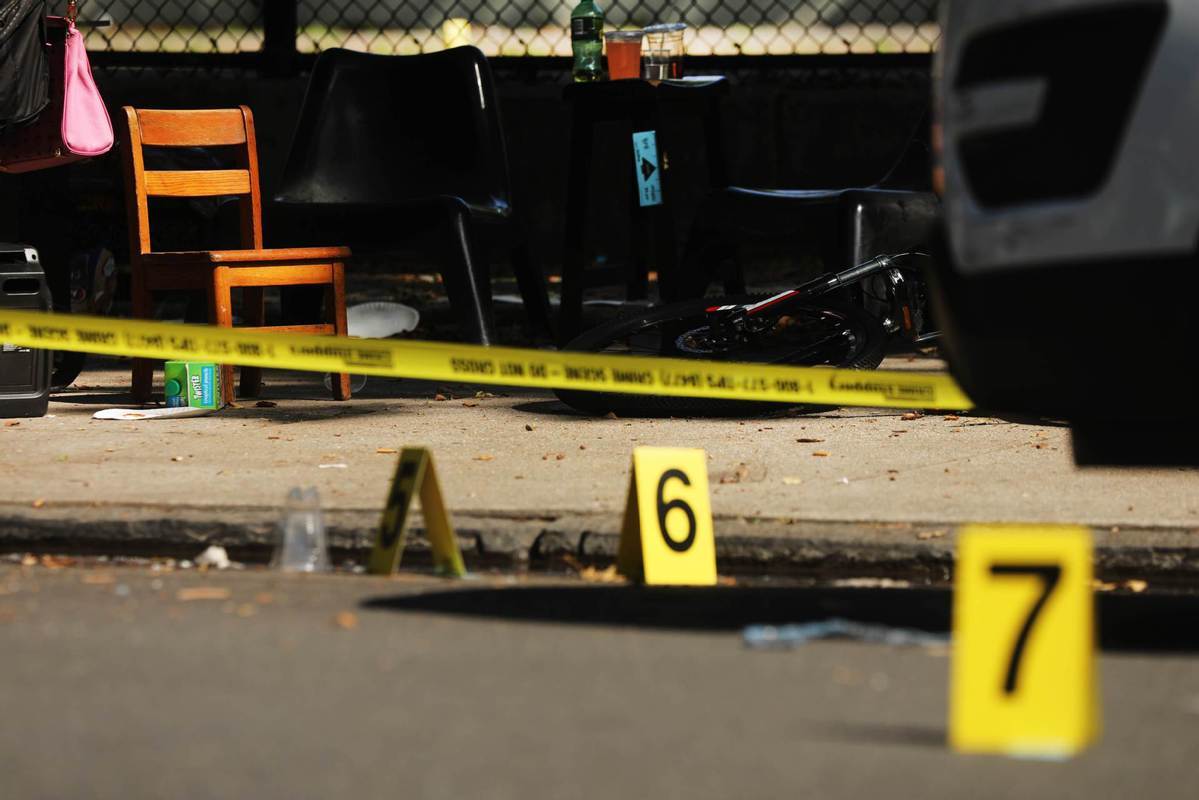 Police ballistic markers stand besides a child's chair and bicycle at a crime scene in Brooklyn where a one year old child was shot and killed on July 13, 2020 in New York City. (Photo: Agencies)

Meanwhile, arrests for major crimes have fallen by nearly 13 percent, driven by drops for every major category except burglaries, car thefts and gun-related crimes; arrests for crimes involving guns are up nearly 19 percent this year, it added.

At a press conference Tuesday, Mayor Bill de Blasio attributed the rise in shootings and the drop in arrests to factors related to the coronavirus pandemic, citing the closure of businesses, schools and houses of worship as factors that created a "perfect storm" in the city.

"A lot of things we depend on to keep people safe and stable weren't there," said the mayor.

Meanwhile, the year-over-year increase in shootings and murders is more pronounced than any in more than two decades. Murders in the city rose more than 37 percent, with 405 reported between Jan. 1 and Sunday, compared with 295 in the same period in 2019, the paper quoted NYPD sources as saying.

Criminologists, police and law-enforcement officials have cited various factors for the city's rise in violent crimes, including a backlogged court system, changes to bail laws and a decrease in the numbers of arrests, it added.