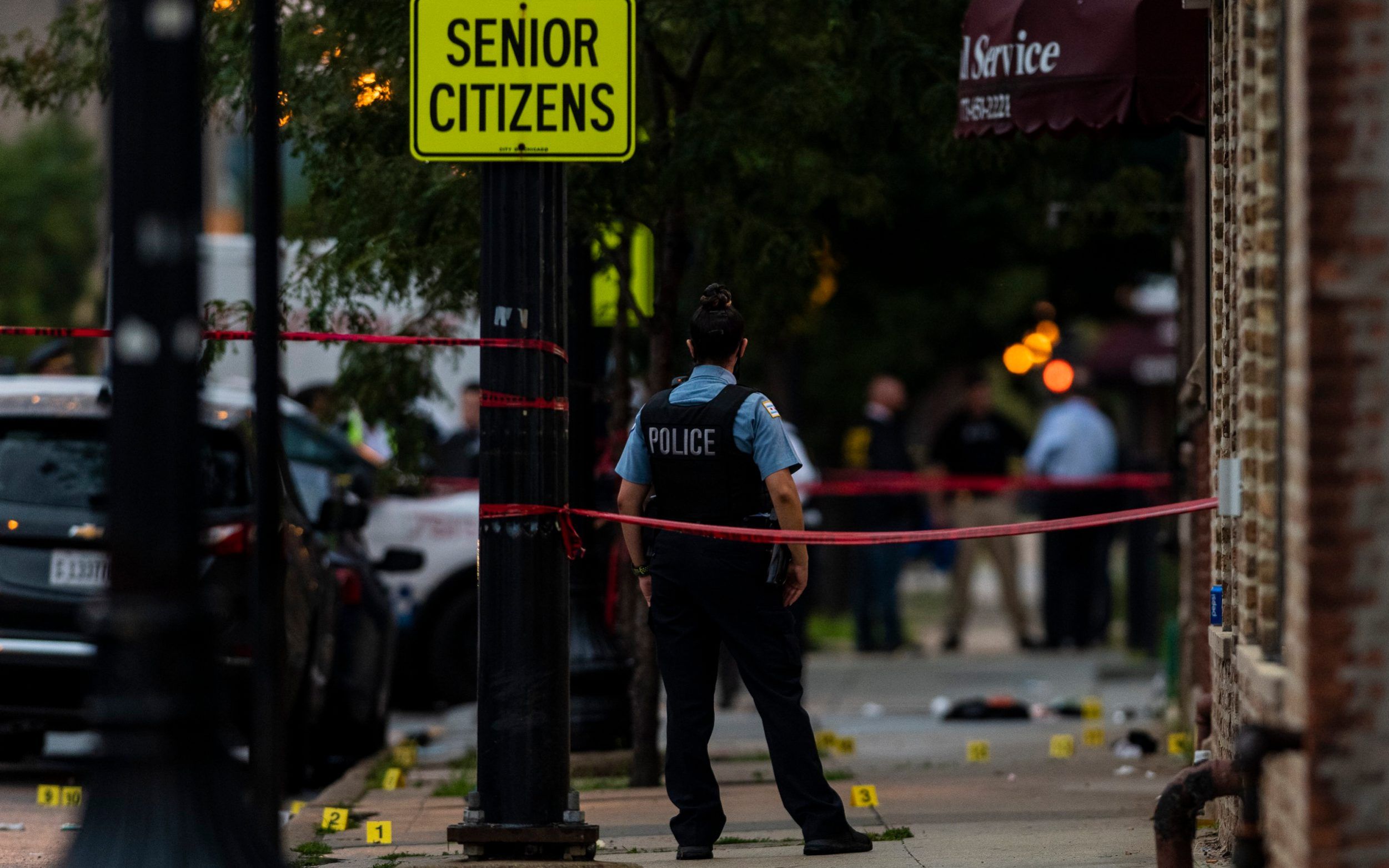 A shootout outside a funeral left 14 people wounded Tuesday in Chicago, as President Donald Trump threatens to send federal agents to a handful of US cities led by Democratic mayors.

The episode started when occupants of a vehicle "began firing at attendees of a funeral. At that time the attendees of the funeral exchanged fire," Chicago deputy police superintendent Eric Carter told reporters.

Shootings have become breathtakingly normal this summer across the United States. A total of 63 people were shot and 12 killed over the weekend in Chicago in ongoing gun violence, according to local media.

Carter said 14 people were wounded in Tuesday's shooting, but did not specify the degree of severity.

Trump's threat to send more military-garbed law enforcement to US cities has mainly been in response to the anti-racism protests rocking the country following the death of African-American George Floyd at the hands of a white Minneapolis police officer in May.

After the Department of Homeland Security deployed scores of Border Patrol police and federal marshals -- many in combat fatigues -- to Portland, Oregon last week, Trump said he could do the same in other Democrat-led cities like Chicago and New York.

According to reports, DHS was preparing to send 150 paramilitary personnel to Chicago after police there clashed with demonstrators seeking to tear down a statue of Christopher Columbus.

Trump called the move necessary, even claiming Chicago was "worse than Afghanistan."

The president has also singled out Philadelphia, Detroit, Baltimore and Oakland as potential cities for sending federal agents.