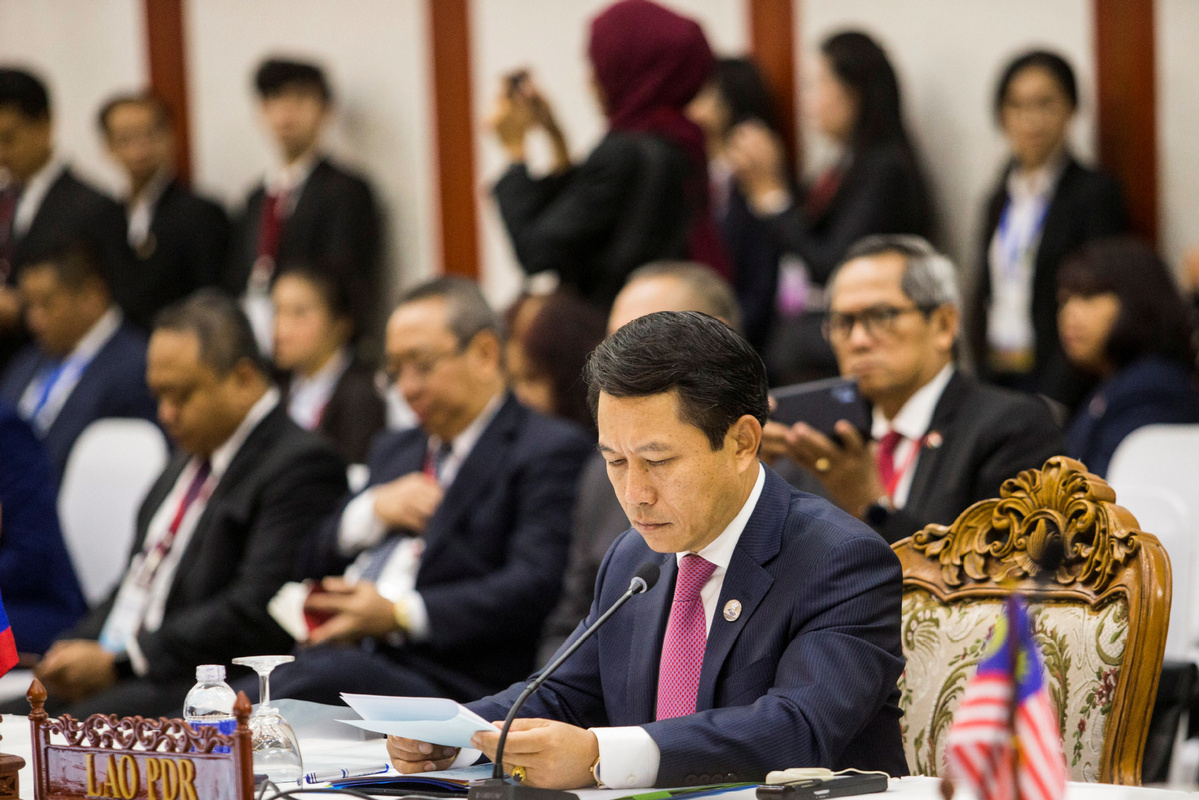 VIENTIANE - Shuttle flights will be allowed for countries to pick up their citizens from Laos, the Lao foreign minister said when briefing foreign embassies and diplomatic representatives and international organizations here about the COVID-19 situation.

To address problems foreign citizens in Laos may face during the country's lockdown to combat the COVID-19 pandemic, Lao Minister of Foreign Affairs Saleumxay Kommasith presided over a briefing Monday to deliver the new order of the Prime Minister on measures to stop the disease outbreak.

"We'll try our best to communicate to the whole international community living and working in the Laos on any measures that the government will further take in response to the COVID-19," local daily Vientiane Times on Tuesday quoted the foreign minister as saying.

Saleumxay said his ministry would quickly coordinate with other ministries and Lao Airlines to arrange for the departure of the foreign citizens, noting the importance of connecting flights to final destinations through transit hubs such as Thailand's Bangkok.

The minister suggested the diplomatic community in Laos coordinate with each other to help their citizens, such as those from European countries who want to connect via Bangkok to their final destination, saying this would be more convenient for Lao authorities to coordinate arrangements at short notice for flights from Vientiane to Bangkok.

He also confirmed that shuttle flights will be allowed for countries to pick up their citizens from Laos.

Foreign tourists with expired visas would not be fined for overstaying, according to Saleumxay, adding that his ministry was pleased that many people wanted to extend their visas and authorities would coordinate the facilitation.

For those foreigners stuck in other provinces and willing to go to capital Vientiane, the minister said they should get authorization from local authorities such as the provincial Department of Health to ensure they are not infected with the virus. Those infected must be in quarantine and treated in the provinces.

The new Prime Minister's order covered stricter measures regarding international crossings, and travelling within Laos, and even within provinces of the country, which came into effect from Monday.