An Italian judge murdered by the mafia in Sicily takes a step towards sainthood Sunday, almost three decades after being declared a martyr by pope John Paul II. 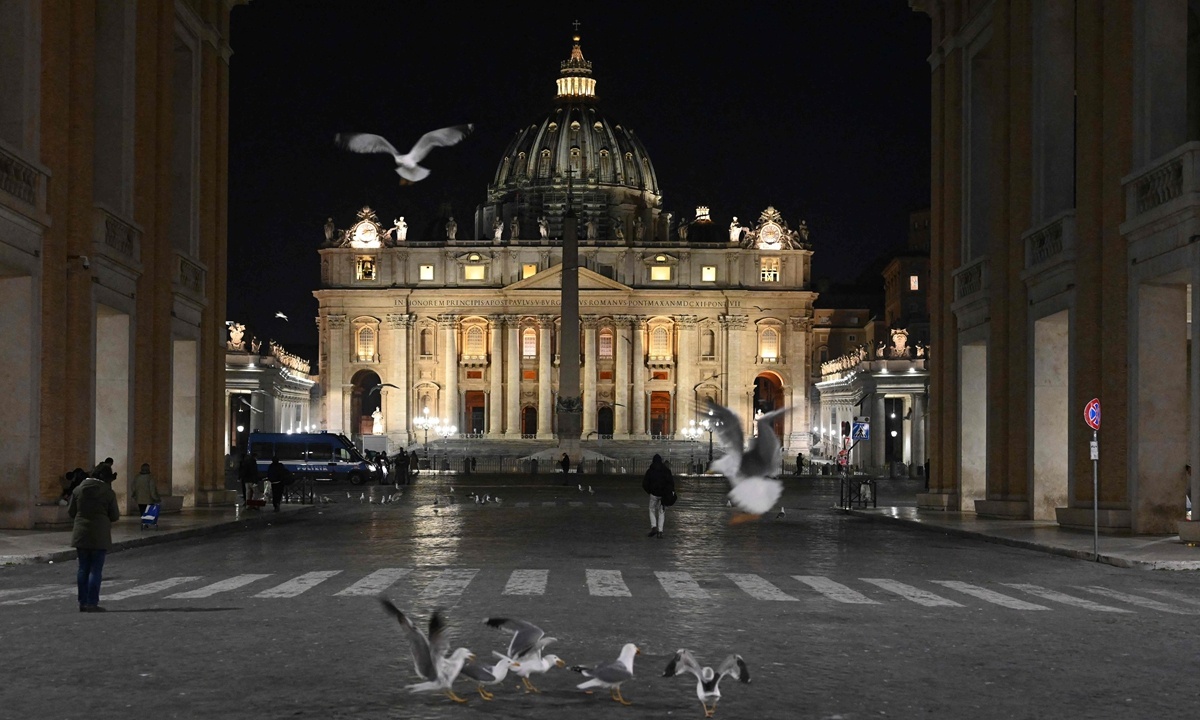 A view shows St. Peter's Basilica in The Vatican on March 27, before the lights are turned off for Earth Hour. Photo: VCG

The beatification of Rosario Livatino will take place in the cathedral in Agrigento, the Sicilian town near where he was gunned down aged 38 on September 21, 1990. In a preface to a new book about the judge, Pope Francis hailed him as a "righteous man who knew he did not deserve that unjust death."

Livatino, who prayed in church every day before going to court, had been involved in a mass trial against mafioso and was about to launch a new case when he died. He was found in a ditch by the roadside a few miles from his home. He had refused armed protection.

Many of his notes were later found to be marked STD, for sub tutela Dei, a Latin invocation meaning "under the protection of God" which judges of the Middle Ages used before taking official decisions.

The notes also showed he asked God's forgiveness for the risks his work exposed his parents to, once he learned that the bosses of the Cosa Nostra had him in their sights.

When John Paul II visited Livatino's parents in 1993, he said the judge was "a martyr for justice and indirectly for the faith."

Under Church law, if martyrdom is established, then beatification - the penultimate accolade before canonization - moves ahead quickly without the proof of miracles required of other candidates for sainthood.

The two mafia members who killed Livatino, identified by a man who drove past at the moment of the crime, were given life sentences.

Livatino was one of the first investigating magistrates in Italy who moved to seize assets belonging to the mafia, according to Luigi Ciotti, a priest known for his own fight against organized crime.