A new circus company in the Czech capital that was eager to perform is doing five-minute shows on a stage behind a window. 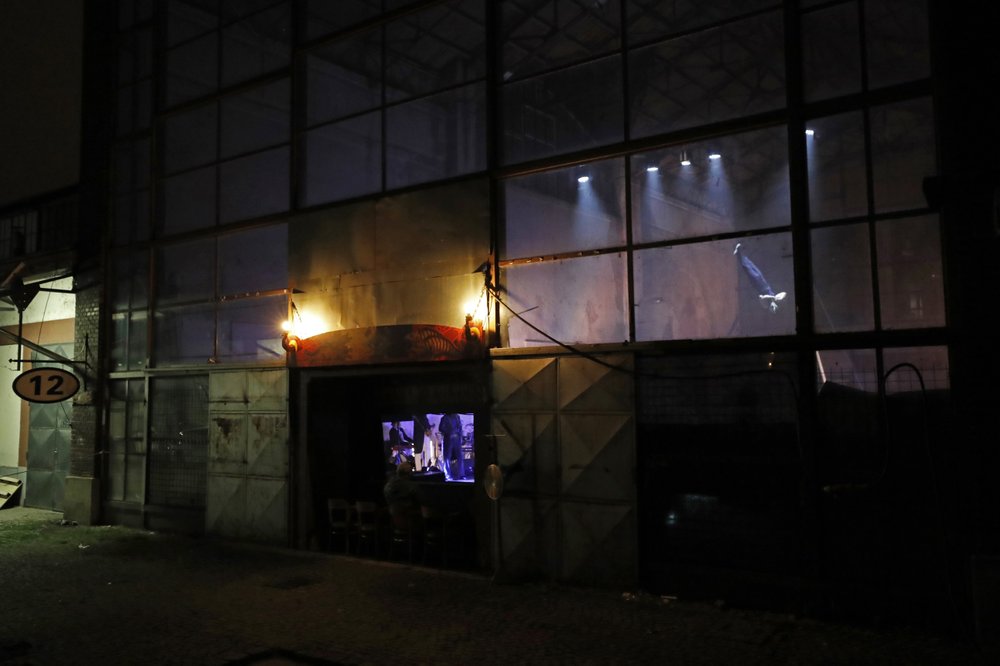 Spectators enjoy a performance through a window at a theater in Prague, Czech Republic, Tuesday, Nov. 10, 2020. (Photo: AP)

With all of Prague’s theaters shut down due to the coronavirus pandemic, the La Putyka Circus adapted a practice that restaurants are using to stay in business.

The circus invited spectators to watch its acts through a street-side “window of culture,” mimicking the take-out windows some eateries opened while they are prohibited from serving customers at tables.

The troupe did 10 performances on Tuesday and another 10 on Wednesday, each an original that differed from the others. Jugglers, acrobats and other company members remained inside a theater, with a wall separating them from their audience.

“This performance is for people addicted to live culture,” La Putyka director Rosta Novak said. “So they can get their dose of live culture, and then they can go back to their big cities, homes or jobs.”

The shows were free but audience members had to book a place in advance due to a very limited number of seats, which all got reserved.

“I kind of liked it,” Martina Novotna, one of the spectators, said. “It felt very private and as if the performance was just for you. So that was a pleasant change.”

Novotna said she still would prefer a regular performance over one circumscribed by the pandemic.

“We wish that the theater could go on normally and not only for five minutes,” she said. “We could enjoy it without the face masks, as we did before.”

Confirmed coronavirus infections in the Czech Republic rose for over two months to record levels, but the numbers have started declining again. The health minister is expected to seek an extension of the state of emergency that enables the government to keep its public health measures in place.

Public gatherings of more than two people are banned in the Czech Republic, if they are not family members. Along with theaters and restaurants, schools and many other venues are closed to contain the recent surge in reported infections.