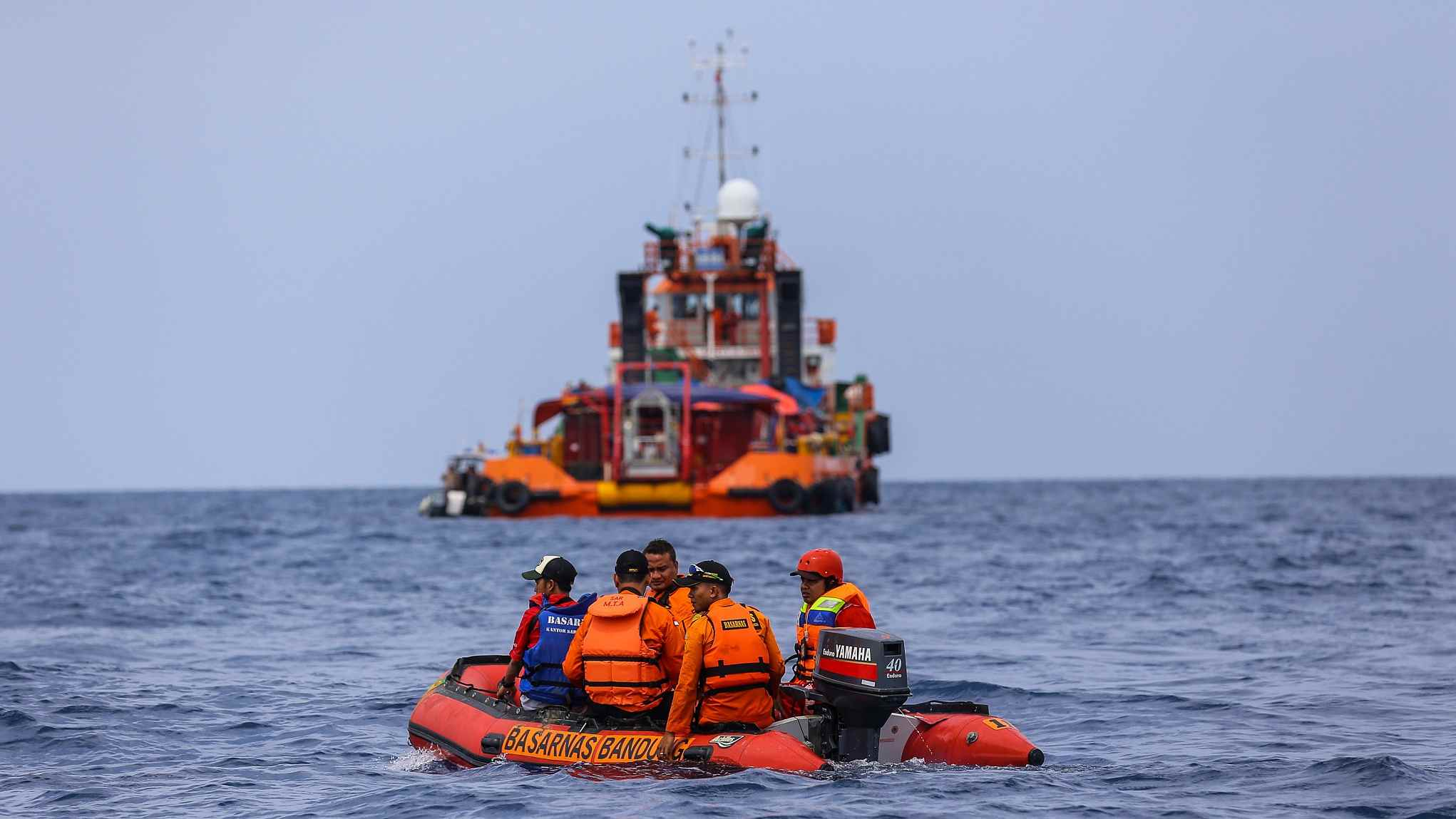 JAKARTA, Nov. 3 (Xinhua) -- The Rescue team on Saturday detected again the sound of a ping locator installed at the cockpit voice recorder (CVR) of the air plane that went down Monday into waters off western Indonesia, officials said.

In the meantime, all turbines and two landing gears have been discovered, head of the National Search and Rescue Office Muhammad Syaugi said.

Syaugi said he was certain that the position of the CVR is not far from the coordinate of the main ship dragging anchors on waters of Tanjung Pakis of Karawang district of West Java province.

"We have heard the sound sent by the ping locator of the CVR," he said, adding that the position might be close to the sea floor under the main ship.

He added that both the divers and remotely operated vehicle had not recovered the fuselage of the ill-fated plane.

The search and rescue operation has retrieved more body parts of the victims of Lion Air plane incident which killed all the 189 people aboard.

The Indonesian transport ministry will embrace the world aviation authorities to audit the safety of Lion Air company. Boeing will also send investigators to assist the investigation on the cause of the disaster.