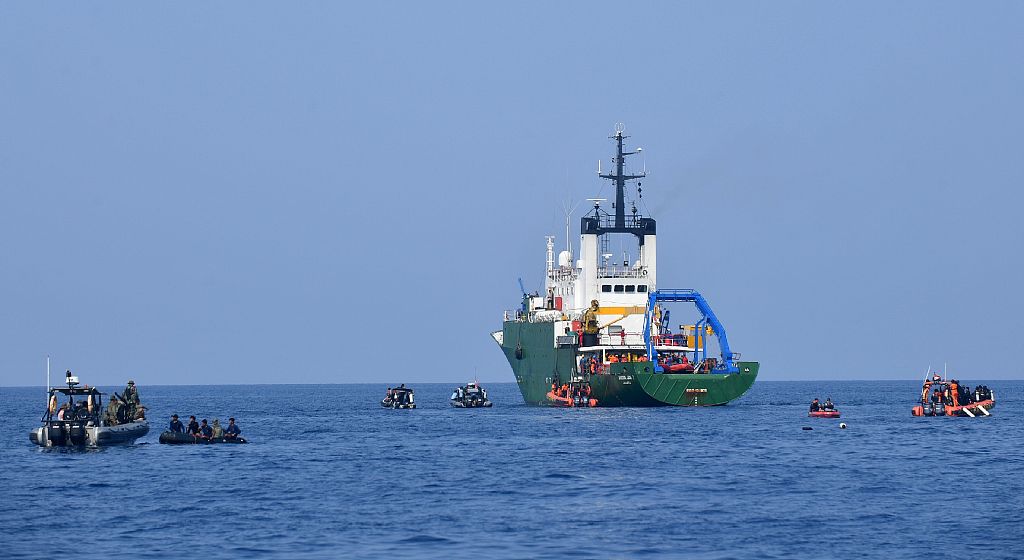 The official said a remotely operated vehicle (ROV) has been released to find the visual object where the signals came from.

He added that three objects were also detected around the ship, strongly believed to be related to the plane's fuselage and black box.

The plane en route to the city of Pangkal Pinang with 189 people on board was reported missing at around 6:30 a.m. local time Monday (2330 GMT Sunday), and was believed to have crashed 13 minutes after taking off from Jakarta's Soekarno-Hatta international airport.