Signs of detente emerge in Gulf crisis, with optimism about imminent deal to end Arab rifts 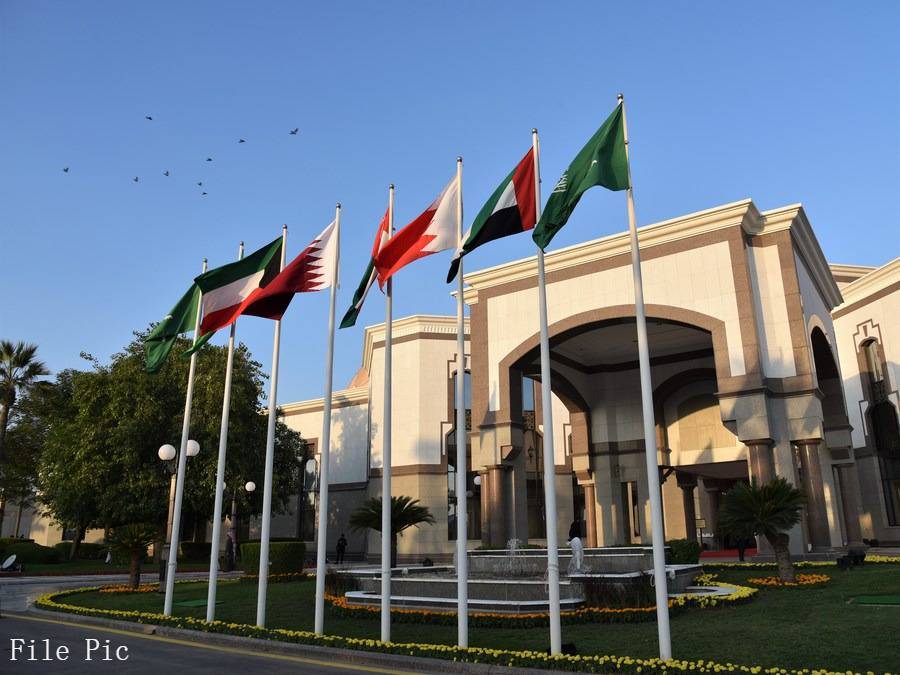 With signs of thaw emerged recently after multipartite efforts, the parties involved in Gulf crisis are now optimistic about finalizing a deal soon to end the rifts between Qatar and the Saudi-led quartet.

CAIRO, Dec. 12 (Xinhua) -- Isolated for over three years, Qatar is now seeing a chance to shake hands again with its former four Arab friends, which jointly cut ties with the small but wealthy Gulf state in 2017.

Saudi Arabia, the United Arab Emirates (UAE), Bahrain and Egypt have imposed a diplomatic and economic blockade on Qatar since June 2017, accusing the gas-rich state of supporting terrorism and extremism, as well as interfering in their domestic affairs. Qatar has repeatedly denied the charges.

However, the signs of a thaw emerged recently after the multipartite efforts, made especially by Kuwait and the United States, to end the Gulf crisis and restore Arab unity in order to confront Iran.

The parties involved are now optimistic about finalizing a deal soon to end the rifts between Qatar and the Saudi-led quartet. 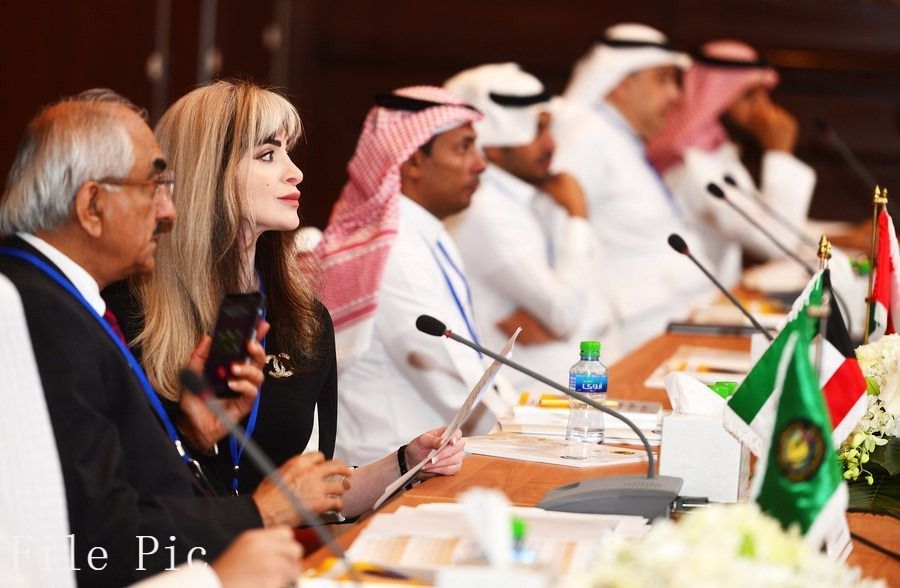 Participants attend the 16th meeting of the Secretariat of the Distance Learning Committee of the Gulf Cooperation Council (GCC) Countries in Hawalli Governorate, Kuwait, on Nov. 19, 2019.

Since the crisis erupted in June 2017, Kuwait has been actively mediating among the parties in a bid to break the ice. But no apparent progress had been made until last week.

On Dec. 4, Kuwaiti Foreign Minister Sheikh Ahmad Nasser Al-Mohammad Al-Sabah first revealed that "fruitful" talks on ending the Gulf crisis had been held, in which "all parties affirmed their keenness on Gulf and Arab solidarity and stability."

In an interview on the sidelines of a security conference held in Bahrain, he said that it was "very positive" that a final agreement would be reached by the two sides soon.

The final deal will cover all aspects and be satisfactory to all the parties involved, he added.

In a phone call with his Kuwaiti counterpart Sheikh Nawaf Al-Ahmad Al-Jaber Al-Sabah, the Qatari emir thanked him for the continuous efforts to facilitate GCC unity.

Egypt also praised Kuwait's efforts, while calling for a comprehensive solution to the years-long crisis.

Meanwhile, other regional countries and organizations, including Lebanon, Morocco and Libya, as well as the Cairo-based Arab League voiced support to the efforts to end the Gulf crisis soon. 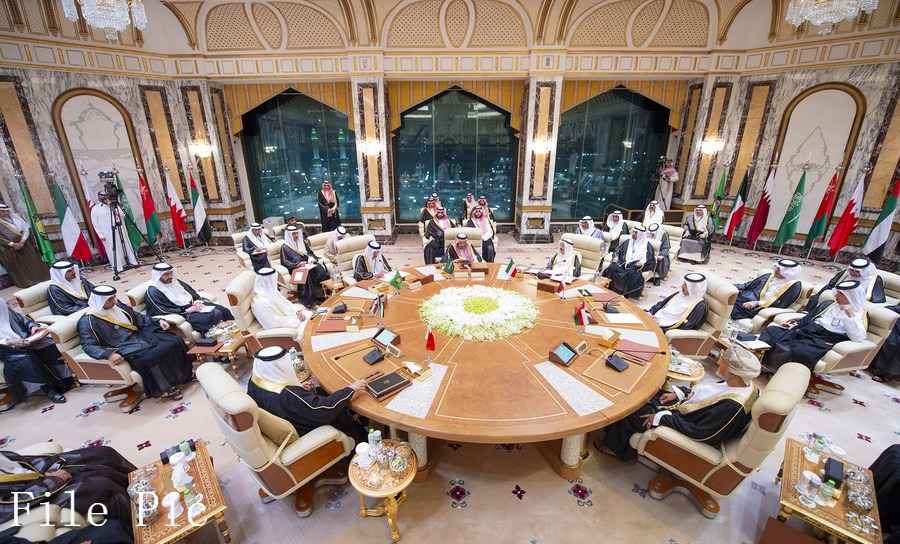 An emergency summit of Gulf Cooperation Council (GCC) is held in Mecca, Saudi Arabia, on May 30, 2019.

Analysts believe that the recent thaw in the Gulf crisis came as result of the push by the U.S. administration led by President Donald Trump and the raging COVID-19 pandemic, besides Kuwait's mediation.

The signs of optimism emerged after Trump's senior adviser and son-in-law Jared Kushner visited Qatar and Saudi Arabia early the month in a bid to end the Gulf crisis before leaving the White House.

"Trump is trying to earn political benefits as much as possible, especially as he is expected to leave office in January," said Ayed Al-Manaa, professor of Political Science and International Relations at Kuwait University.

The U.S. president has been pushing for normalizing the ties between Israel and Arab states, like what has happened in the past four months, so as to "contain Iran, help Israel, and protect U.S. benefits in the Gulf region," Al-Manaa explained.

The professor noted the U.S. has military bases in all six GCC members. "Preserving the unity of the GCC members means better circumstance for the United States in the Gulf," he added.

The COVID-19 pandemic is another cause for the recent thaw, as it has inflicted heavy losses on the Gulf Arab countries, which need to increase cooperation more urgently than ever to deal with the current health and economic crises.

Statistics from Qatar Chamber of Commerce showed that in 2016, the year before the crisis, trade volume among Qatar, Saudi Arabia, the UAE, Bahrain and Egypt stood at 38.4 billion Qatari riyals (about 10.55 billion U.S. dollars), accounting for 84 percent of Qatar's total trade with the Arab world.

However, during the year after the quartet severed their diplomatic ties with Qatar, exports of Iran to Qatar surged by five times, which could hit 15 times by the end of 2022.

The quartet closed their air space for Qatari airlines, which have been forced to fly over the Iranian sky, generating huge revenues for Iran.

Al-Manaa said that ending the crisis would renew the Gulf economic cooperation and the communication among Gulf Arab countries, while reducing Qatar's dependence on Iran.

Abdel Aziz Aluwaisheg, GCC assistant secretary-general for political affairs and negotiation, considered Iran's role in the Gulf as the top concern of the GCC members and the U.S.

"The expansion of Iran is not allowed by the U.S. and GCC. They all want to deter Iran and alter its behaviors in the region," Aluwaisheg said.

But the goal is not easy to realize. Analysts believe Qatar would make a concession to ease or finally resolve the Gulf standoff, but the odds of the parties being dragged into a protracted bargaining cannot be ruled out.

A major rift is Doha's relationship with Iran. Saudi Arabia, the UAE, Bahrain and Egypt have been urging Qatar to implement a list of 13 demands, including withdrawing Qatari diplomats from Iran and stopping bilateral military cooperation with Tehran, which were rejected by Qatar.

Houshang Sheikhi, an Iran-based political analyst, said that if Qatar chooses to keep distance from Iran and restore its ties with the quartet, its national interests could be impaired, not to mention the different stands of Qatar and Saudi Arabia on the issues in Libya and Syria.

Also, Qatar has been diversifying its economy in the past three years to realize self-sufficiency in meeting basic needs, which made the Saudi-led blockade less effective, he said.

The growing national strength provides Qatar more leverage to negotiate with the quartet while maintaining friendly relations with Iran, the analyst said.

Maritime navigation is believed to be another sticking point that could hinder a final deal to end the Gulf crisis. Saudi Arabia and Egypt warned on Dec. 1 following a meeting in Riyadh that any attempt by Qatar to hinder maritime navigation "poses a threat" to regional security and stability.

The warning came after Qatar's interception of two Bahraini coastguard vessels in the Gulf in late November, which was denounced by Bahrain as a "blatant violation" of regional and international agreements.