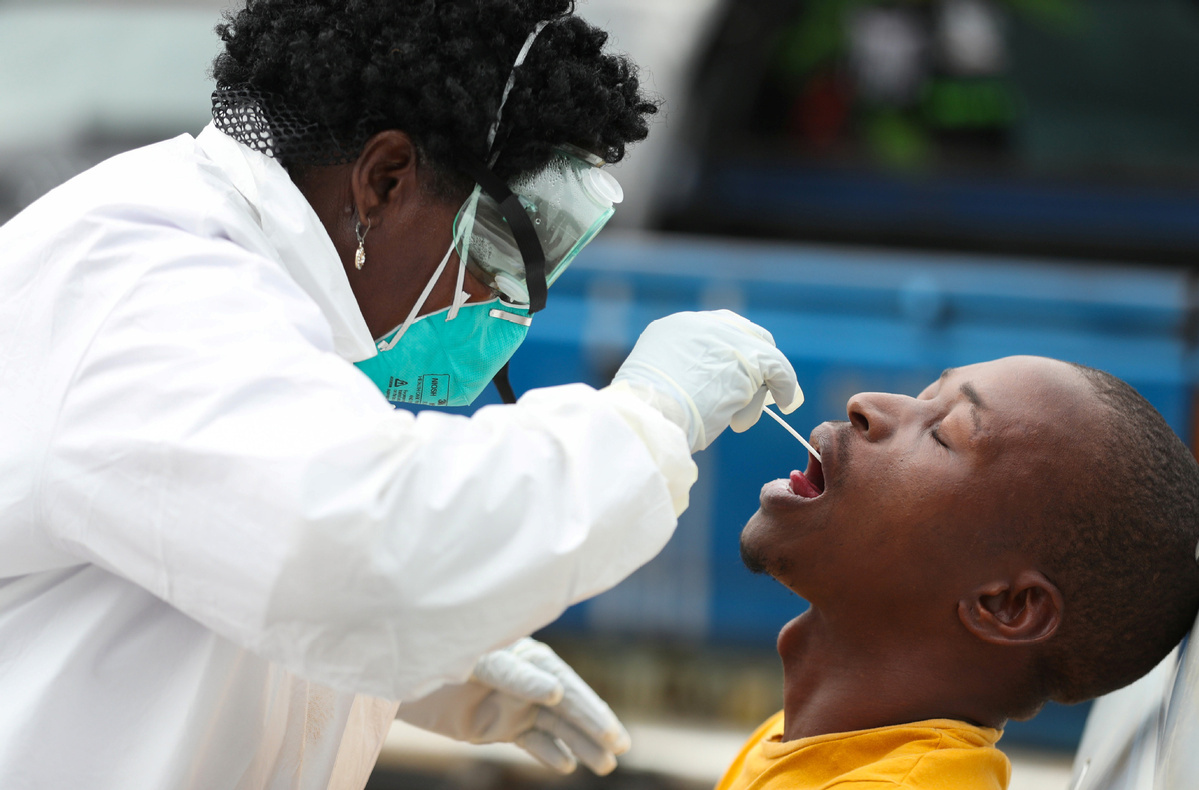 A member of medical staff swabs the mouth of a resident as she is testing him for a virus in Alexandra, South Africa, on March 31, 2020. (Photo: Agencies)

The Africa Centers for Disease Control and Prevention, or Africa CDC, has expressed hope that the continent is beginning to gradually bend the curve on coronavirus infections.

In a statement issued by the African Union on Saturday, Dr John Nkengasong, the director for the Africa CDC, said the continent is recording a "slight decrease" in coronavirus infection rates.

In spite of the impressive progress, Dr Nkengasong cautioned the continent to maintain and increase the use of masks, social distancing and to ramp up testing, even as countries begin to ease lockdown measures.

"We do not want the population to show prevention fatigue. We are dealing with a delicate virus that can easily flare up again very quickly, as has been witnessed in other parts of the world," he said.

According to the Africa CDC, five countries account for 73 percent of all cases in the continent, namely South Africa 52 percent, Egypt eight percent, Nigeria, Morocco and Ghana four percent each.

Despite being the hardest hit country in the continent with 603,338 cases and 12,843 deaths, South Africa has eased most of the restrictions.

On August 15, President Cyril Ramaphosa of South Africa said the country is recording drop in number of new confirmed cases and that the virus has peaked in several provinces, including the Western Cape, Eastern Cape, Gauteng and KwaZulu-Natal.

Meanwhile, the Africa CDC has announced that Africa is working toward "trusted testing" for coronavirus to protect travel and borders.

This will entail mutual recognition of certified coronavirus testing among all member states, to allow smooth movement across the continent.

Dr Nkengasong said the Partnership for Increased Coronavirus Testing will be used to enhance surveillance in different economic sectors.

Rolled out in June when the continent had conducted under 400,000 tests, the initiative had a target of 10 million tests across the continent.

Dr Nkengasong said a new target of 20 million tests has been set until the beginning of November, to capitalize on the gains recorded so far.

The measures will take place under the "Africa against coronavirus: saving lives, saving economies and saving livelihoods" campaign that was launched on August 21.