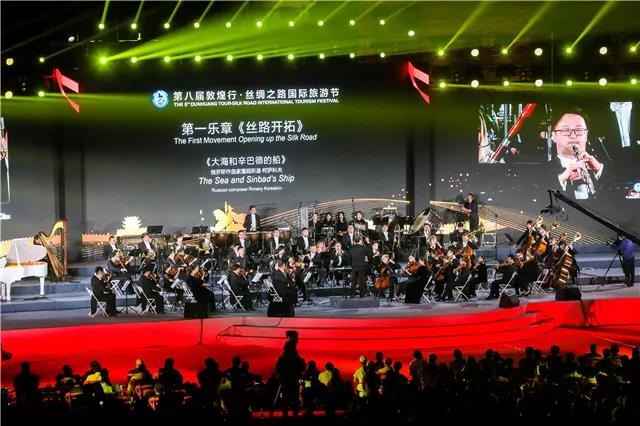 A tourism festival featuring cooperation between countries along the Silk Road began on Tuesday in Northwest China's Gansu Province.

The opening ceremony of the 8th Dunhuang Tour-Silk Road International Tourism Festival on Tuesday evening received a record 1,500 guests from 52 countries and regions, according to the organizer. The event will run until July 20.

Over the next month, cities across Gansu Province will hold 55 cultural activities, which are expected to attract around 34 million tourists and bring in 23.6 billion yuan (around $3.64 billion) as tourism revenues.

A tourism league will also be formed between four western Chinese provinces and travel agencies in Singapore and ASEAN countries to boost exchanges.

Jointly organized by the Ministry of Culture and Tourism and the Gansu provincial government since 2011, the event has become an important platform to serve Silk Road countries and for Chinese cities to exchange ideas on tourism.