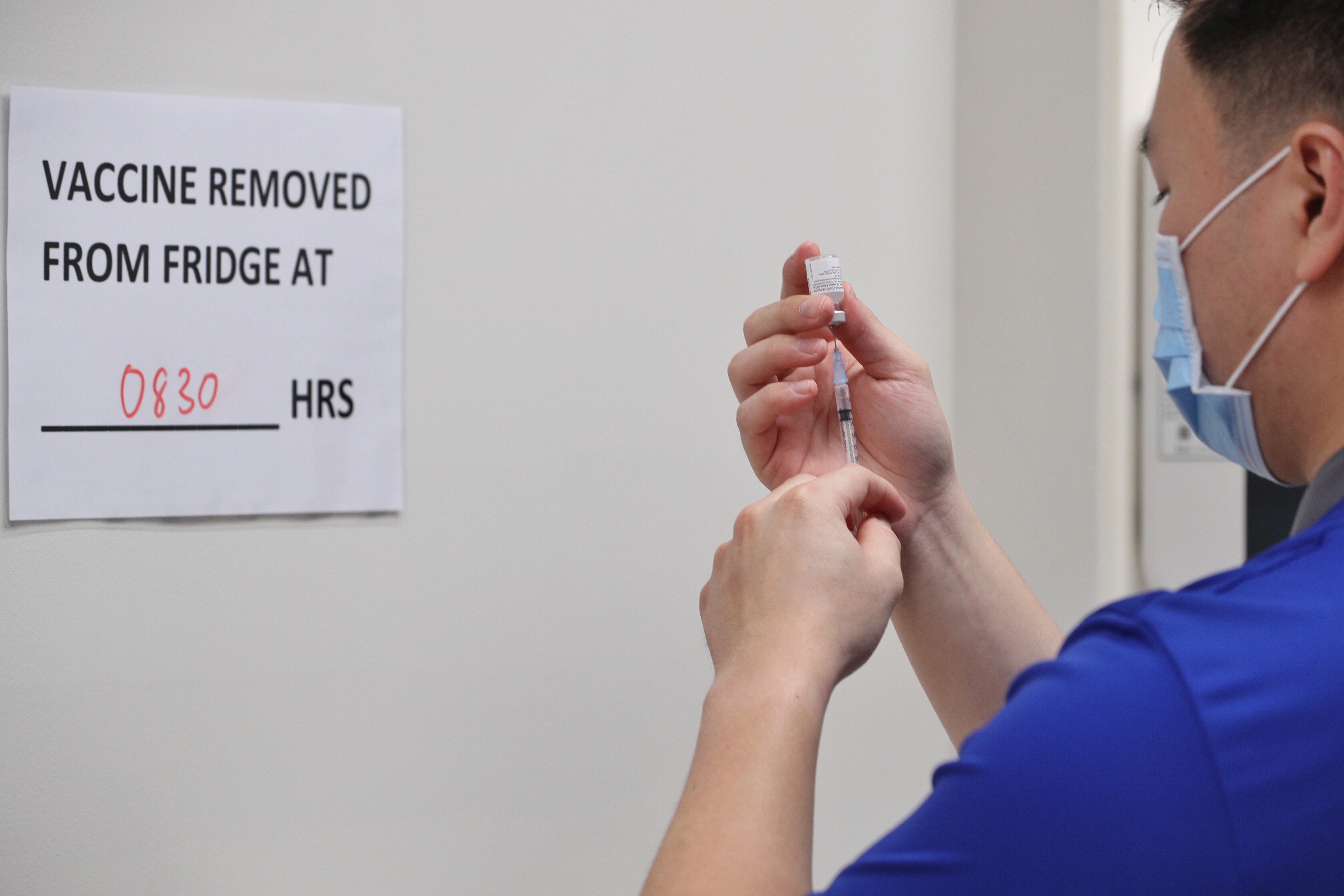 This handout photo taken and released on December 30, 2020 by Singapore's Ministry of Communications and Information shows the COVID-19 coronavirus vaccine being prepared as Singapore began its vaccination exercise with the first batch of healthcare workers at the National Centre for Infectious Diseases (NCID). (Photo: AFP)

Singapore began a coronavirus vaccination campaign Wednesday with a nurse receiving the first jab, making it among the first Asian nations to roll out inoculations.

The city-state, which has suffered a mild outbreak, became the first country in Asia to approve the Pfizer-BioNTech vaccine earlier this month, and its programme kicked off with healthcare workers.

Nurse Sarah Lim, 46, whose work includes screening suspected Covid-19 patients, was the first to be immunised, the health ministry said.

"I feel grateful and thankful for being the first to be vaccinated," the nurse from the national centre for infectious diseases was cited as saying by the Straits Times newspaper.

More than 30 staff from the centre are receiving the first dose of the two-shot vaccine Wednesday, and will get the second next month.

After healthcare workers, the city-state will vaccinate the elderly, and then the rest of the population.

The government expects to have enough vaccines for all 5.7 million people in the city by the third quarter of 2021, with the voluntary vaccine free for all Singaporeans and long-term residents.

Other countries that have started immunisations include Britain, EU nations, and the United States, although most Asian nations are yet to begin.

The inoculations are yet to receive official approval.

Vaccinations have been given in limited numbers in other parts of the region, including to members of Philippine President Rodrigo Duterte's security team, and to US troops stationed in South Korea.