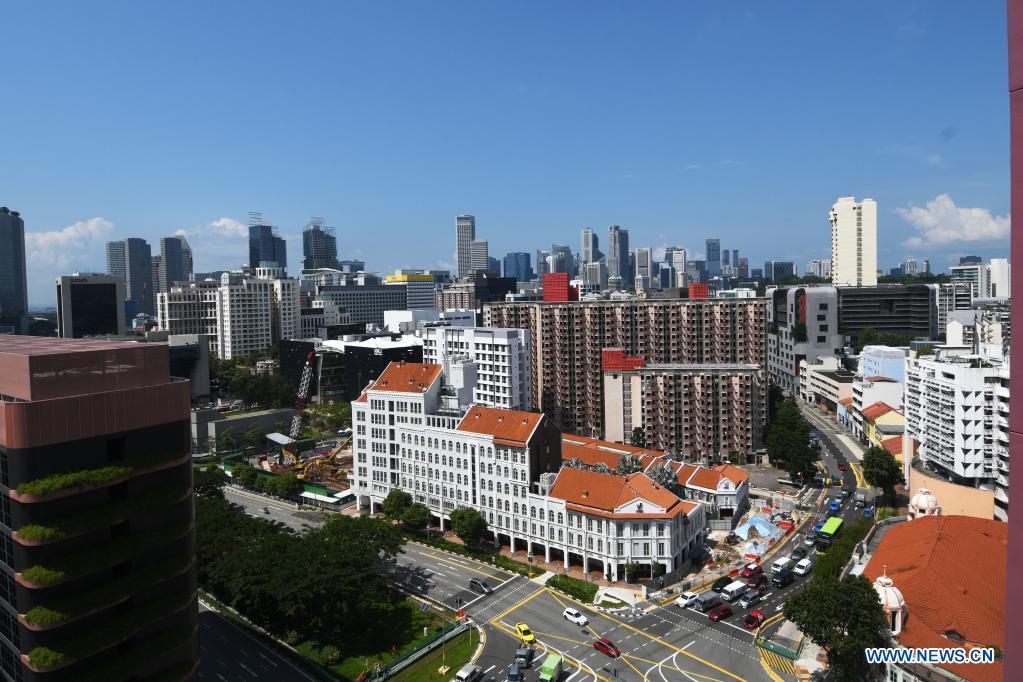 Photo taken on May 25, 2021 shows part of the city skyline in Singapore. Singapore's Ministry of Trade and Industry announced on Tuesday that the country's economy expanded by 1.3 per cent year on year in the first quarter of 2021. It, meanwhile, maintained the GDP growth forecast for the year at 4 to 6 percent. (Photo by Then Chih Wey/Xinhua)

SINGAPORE, May 25 (Xinhua) -- Singapore's Ministry of Trade and Industry (MTI) announced on Tuesday that it maintained the GDP growth forecast for 2021 at 4 to 6 percent, in view of the heightened uncertainties in the economic environment, characterized by both upside and downside risks, especially arising from the COVID-19 pandemic.

The ministry said in the Economic Survey of Singapore First Quarter 2021 that it would review the forecast again in the next quarter, when there is more data, and greater clarity over the global and domestic economic situations.

MTI said that countries were experiencing recurring waves of infections, with the emergence of more transmissible strains of the virus, the easing of safe management restrictions, and delays in vaccinating populations. These resurgences, as well as the countries' public health responses to them, will inevitably affect their economic growth.

"Given the experience of the last 15 months, there is hope that even if outbreaks flare up again, countries will be able to avoid repeated blanket lockdowns and their high economic cost, but this is far from certain," it said. "As these countries include some of our major economic partners in our region, the uncertainty in their outlook also affects Singapore."

Domestically, while COVID-19 is generally well under control, and Singapore is making good progress in vaccinating the entire population, there remain significant risks and uncertainties in its own COVID-19 situation. These non-economic risks can have a major impact on Singapore's GDP growth this year, the ministry added.

In the previous quarter, the Singapore economy contracted by 2.4 percent year on year and expanded by 3.8 percent quarter on quarter.