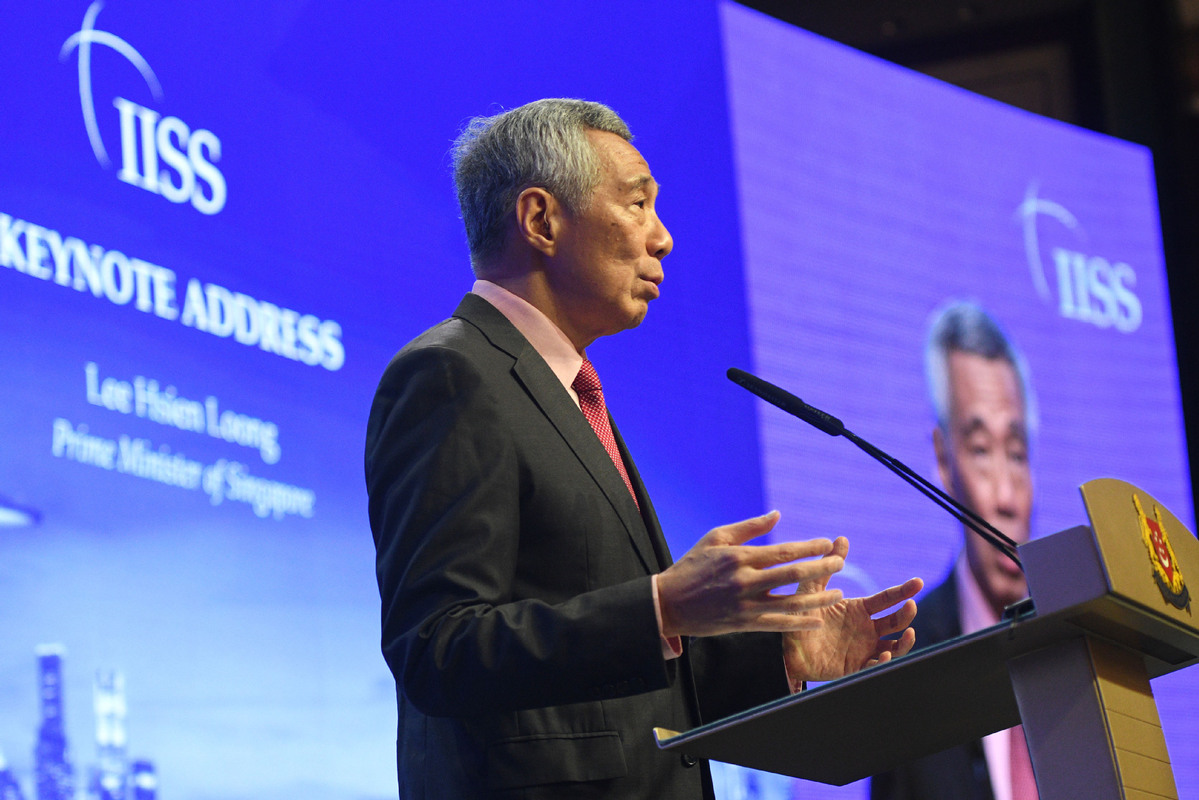 The Foreign Ministry commended Singaporean Prime Minister Lee Hsien Loong's remark that any attempt to prevent China from growing would be unwise and unfruitful.

"We hope there will be more objective, fair, rational and pragmatic opinions, and make sure that there is no market for self-righteous, biased and narrow-minded lies and the creating of illusions," Foreign Ministry spokesman Geng Shuang said at a news conference on Monday.

Speaking at the 18th Shangri-La Dialogue in Singapore on Friday, Lee said in his keynote speech: "Countries have to accept that China will continue to grow and strengthen, and that it is neither possible nor wise for them to prevent this from happening.

"On many counts, China's growth is a tremendous boon, both for itself and the world."

China will expect to have a say in the process of making new international rules, which is reasonable, he added.

Lee said that to expect every country to adopt the same cultural values and political systems is neither reasonable nor realistic. In fact, mankind's diversity is its strength.

China and neighboring countries adopt common aspirations of peaceful development, win-win cooperation, openness, inclusiveness and communication among cultures, while abandoning confrontation and conflict, a zero-sum game mentality, exclusiveness and a clash of civilizations mindset, he said.

"The Indo-Pacific is our priority theater," he said. "We are where we belong."

In response to a question about Shanahan's statement, Geng said that regional cooperation ideas put forward by any country should follow the general trends and meet the will of the people, or they will not win universal support.

Seeking peace, cooperation, development and win-win results are unstoppable trends of the times and the common aspiration of the people of all countries, he said.

He added that highlighting military strength and exacerbating tensions will backfire.

He said that he hopes the US will do more that is conducive to regional peace, stability and development.