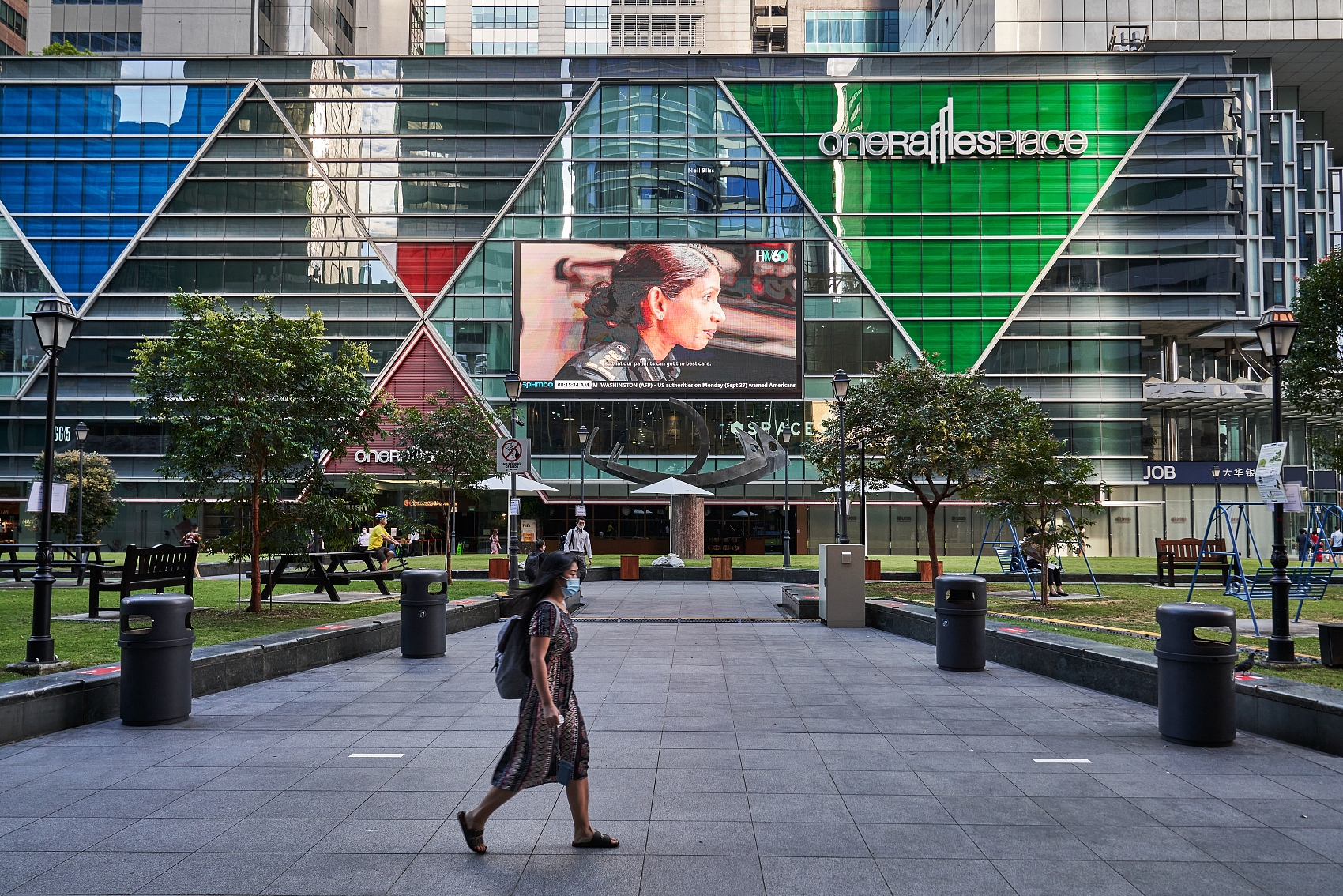 Pedestrians pass through a near empty Raffles Place in the central business district (CBD) of Singapore, on Tuesday, Sept. 28, 2021. (Photo: VCG)

The world's central bankers are walking a fine line between supporting economic recovery with easy financial conditions while preventing a long-term increase in prices.

The move by the Monetary Authority of Singapore (MAS) came as the economy grew 6.5 percent year-on-year in the third quarter, according to preliminary estimates, extending the city-state's recovery from its worst-ever recession last year due to the pandemic.

Singapore has taken a strategy of living with the virus by ramping up its vaccination rate -- currently at around 85 percent -- as it opens up the economy and eases travel for those who have been vaccinated.

Inflation has been rising across the world as supply chains struggle to meet surging demand, prompting central banks such as those in New Zealand and South Korea to tighten monetary policy.

"MAS' move is in response to concerns that inflation globally may stay elevated for longer than what may be currently perceived," said Song Seng Wun, a regional economist with CIMB Private Banking.

"For Singapore, which imports everything from food on the table to shoes, it is inevitable that a stronger exchange rate is needed to contain inflation as much as possible," he told AFP.

This is all the more crucial as the economy is expected to continue growing into next year with further opening-up and as travel gains pace, he added.

Singapore's conducts monetary policy through the exchange rate in which the local dollar is managed against a basket of the currencies of its major trading partners.

MAS said Thursday said it will "raise slightly" the slope of the Singapore dollar's exchange policy band from zero percent, which would allow for a modest appreciation of the unit.

This "will ensure price stability over the medium term while recognising the risks to the economic recovery", it said.

Singapore has registered more than 135,000 virus cases but a very low level of fatalities compared with other countries, reporting just 192 deaths.