SINGAPORE, June 18 (Xinhua) -- Singapore's Ministry of Health (MOH) announced on Friday that work-from-home will continue to remain the default arrangement for employees, despite the city-state's starting a further reopening to Phase 3 (Heightened Alert) next Monday. 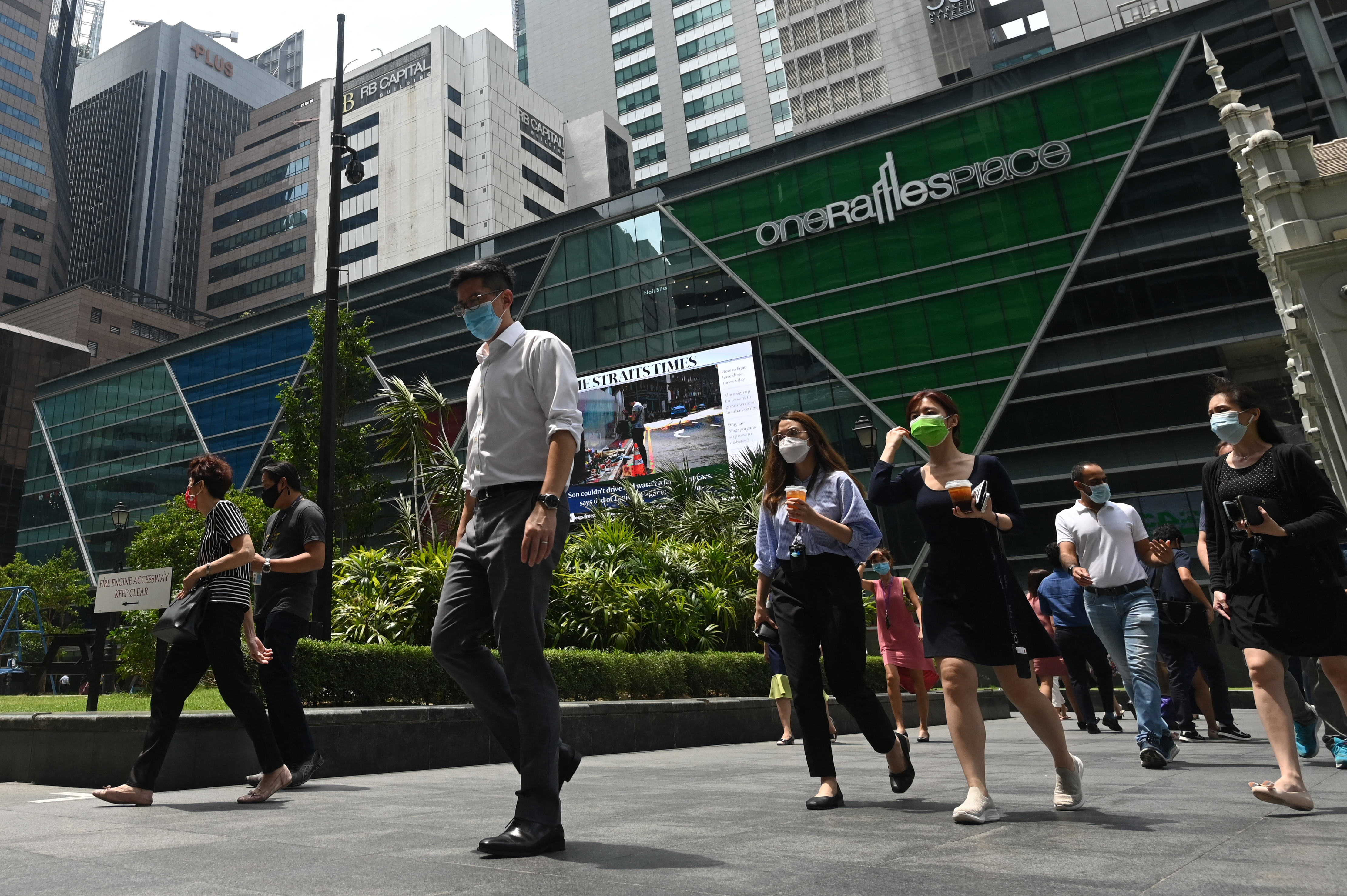 The ministry said that Singapore must control transmission risks by reducing overall interaction within workplaces, and in public places including public transport, as the country transitions through Phase 3 (Heightened Alert) in the coming weeks.

MOH said that Singapore's Multi-Ministry Taskforce had earlier announced a calibrated reopening to Phase 3 (Heightened Alert) starting with Stage 1 on June 14, and a further reopening with Stage 2 on June 21. Since the start of Stage 1, Singapore has seen a small and persistent number of unlinked cases which have the potential to spark larger clusters. 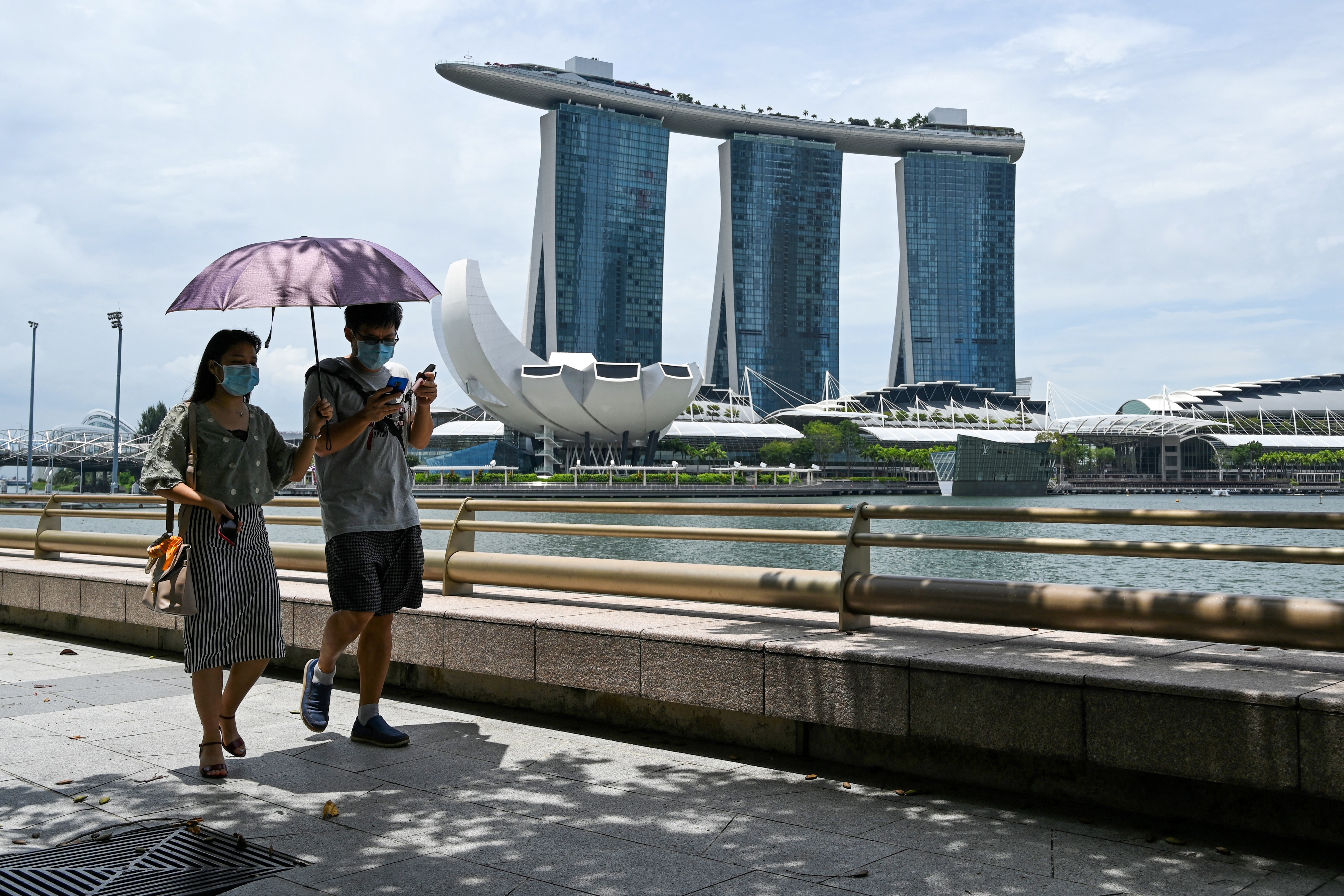 A couple wearing face mask walk along the Marina Bay in Singapore on August 27, 2020. (Photo: AFP)

"Due to the persistence of such undetected community transmission cases, we are calibrating our reopening plans," it said.

From next Monday, higher-risk activities such as dining-in at the food and beverage establishments and indoor mask-off sports or exercise will only be allowed to resume in group sizes of up to two persons, instead of up to five persons as previously announced, according to the ministry.