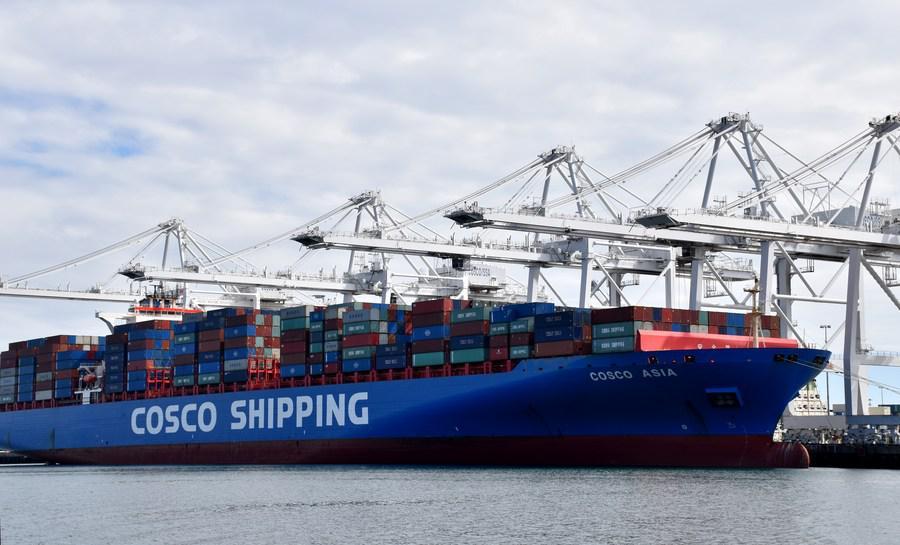 PARIS, April 25 (Xinhua) -- China is not an expansionist power and Washington's desire to contain China is a strategic error, Singaporean scholar Kishore Mahbubani has said.

In an interview with French daily Le Figaro in early April, Mahbubani, a distinguished fellow at the Asia Research Institute of the National University of Singapore, said that trying to contain China is a strategic error.

The United States "has launched a geopolitical competition against China without first developing a coherent strategy," he said.

"The Chinese are very careful and pragmatic, and very strategic in their thinking," the scholar said, noting, "The Americans put themselves in danger by assuming that it is impossible for them to lose since they have won all the competitions for 130 years."

The veteran diplomat and writer believed that the world is now witnessing a major geopolitical competition, not a Cold War.

He noted that China is one of America's premier trading partners. "And at the same time, China is more integrated with the rest of the world than the United States. It is the exact opposite of the Cold War."

"This is a classic geopolitical competition that occurs when the world's leading power gets scared and tries to contain the emerging power. This has been happening for 2,500 years, since the days of Athens and Sparta," Mahbubani said. "It has nothing to do with communism."

In his eyes, China will become more and more self-confident as it grows. But "It is not expansionist," he said.

"When the United States became a great power in the 1890s -- the equivalent situation of China today -- the first thing it did was declare war on other countries and seize territories like the Philippines from Spain," said Mahbubani.

"If Teddy Roosevelt (U.S. president from 1901 to 1909) were the ruler of China today, he would take all the islets controlled by Vietnam, the Philippines, Malaysia and Brunei," he hypothesized.

"China has the military might to do this. But it didn't do this. It claims territories which, historically, have been under its control," he noted.