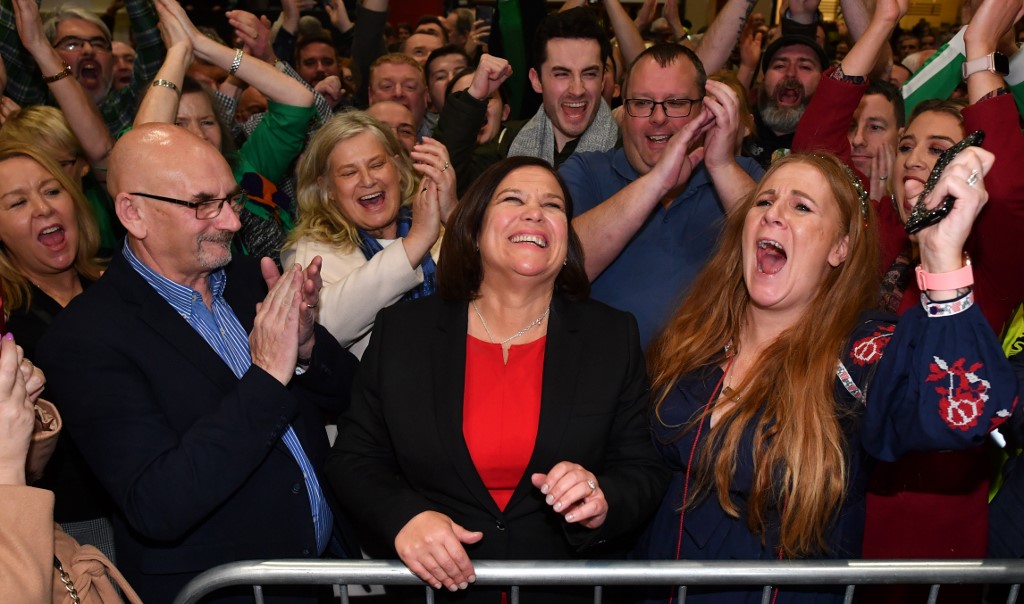 Irish republican Sinn Fein party leader Mary Lou McDonald (C) celebrates with her supporters after she takes the Dublin Central constituency on the first count in the RDS centre in Dublin, Ireland on February 9, 2020. (Photo: AFP)

With counting completed in the early hours of Tuesday morning Sinn Fein had taken 37 of the 160 seats in the Dail, Ireland's lower house of parliament.

Centre-right party Fianna Fail were only one ahead on 38, whilst Prime Minister Leo Varadkar's Fine Gael party took 35.