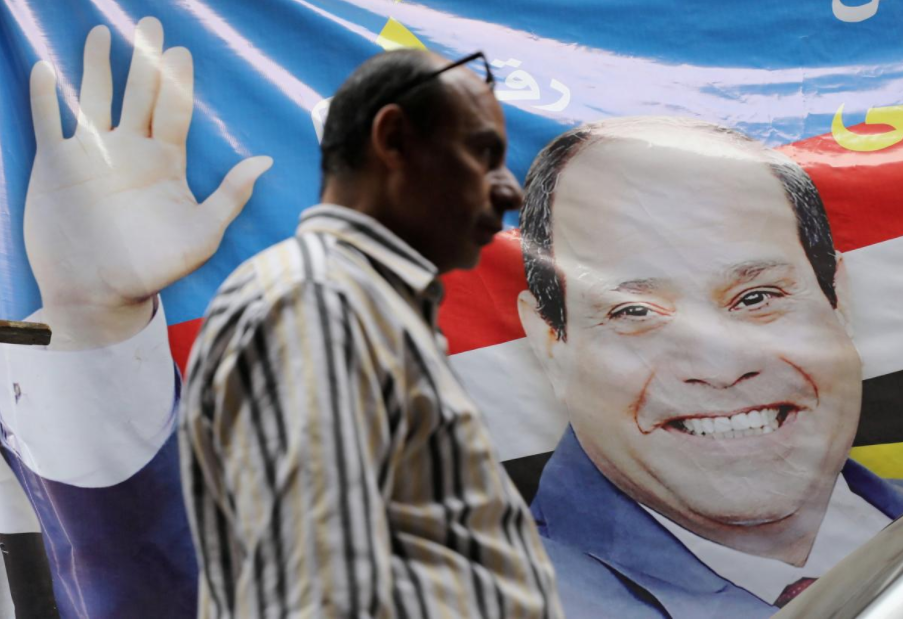 A man walks by a poster of Egyptian President Abdel Fattah al-Sisi for the upcoming presidential election, in Cairo, Egypt March 19, 2018. (Photo: Reuters)

President Abdel Fattah al-Sisi said in an interview broadcast on Tuesday he had wanted more contenders in next week’s presidential election to give voters greater choice, but the country was “not ready”.

Sisi, who is expected to win the March 26-28 vote by a huge margin, said he should not be blamed for the lack of candidates.

All the former opposition candidates except one have dropped out citing intimidation, and the sole remaining challenger has said he supports the president.

“You are blaming me for something that I have nothing to do with,” Sisi said in the interview that was broadcasted across major Egyptian channels.