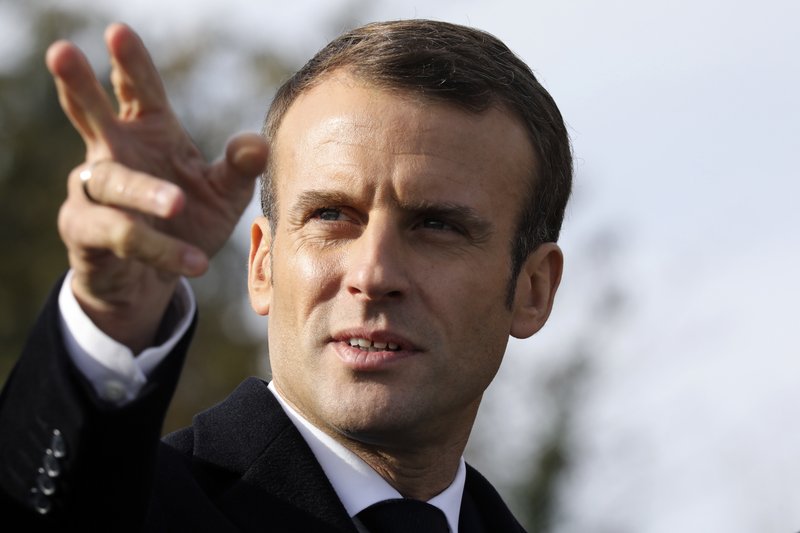 French President Emmanuel Macron arrives at the Trottoir necropolis in Les Eparges, eastern France, Tuesday Nov. 6, 2018, as part of the ceremonies marking the centenary of the end of First World War. (Photo: AP)

The official, speaking on condition of anonymity to discuss the allegations, said intelligence agents detained the six in three widely scattered regions, including one suspect in the Alps, another in Brittany and four suspects near the Belgian border in Moselle. He said the plan to target the French president appeared to be vague and unfinalized but violent.

Authorities said the six were between 22 and 62 years old and included one woman. It is not known if they were suspected of working together.

French presidents have been targeted several times over the decades, including in 2002 when a far-right sympathizer tried to attack President Jacques Chirac on the Champs-Elysees Avenue in Paris during Bastille Day celebrations.

Macron was in the northeastern French city of Verdun on Tuesday as part of centenary commemorations for the end of World War I.

The suspected plot was uncovered days before U.S. President Donald Trump and dozens of other world leaders are due in France for commemorations this weekend of the signing 100 years ago of the Nov. 11 armistice that ended World War I.