KINSHASA, May 30 (Xinhua) -- At least six cases of cholera were reported Sunday among the displaced people in the city of Sake, about 26 kilometers north of Goma, capital of North Kivu province in the Democratic Republic of the Congo (DRC), after the eruption of the Nyiragongo volcano nearby on May 22. 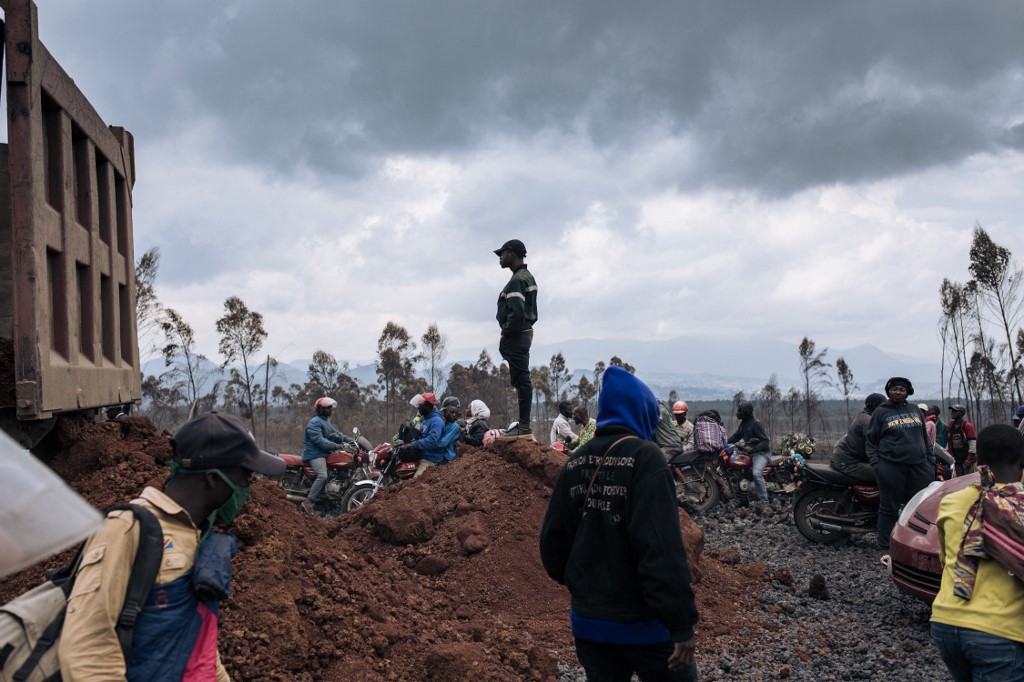 Goods transporters ride their motorcycles through the solidified lava flow of Nyiragongo volcano in the northern neighbourhoods of Goma, the provincial capital of North Kivu, on May 28, 2021. (Photo: AFP)

According to the announcement by local authorities, the six confirmed cases of cholera are currently being treated on site by the team of Medecins Sans Frontieres (MSF), or Doctors Without Borders.

These cases are reported among thousands of people living in Sake and others from Goma who have taken refuge in schools and churches in the region, following the eruption of the Nyiragongo volcano.

With the risk of a fresh eruption of the Nyiragongo volcano, the authorities redirected the majority of the inhabitants of Goma last Thursday to the city of Sake, which is said to have taken in more than 180,000 displaced people from Goma, according to the United Nations.

Lack of water, toilets and other sanitary facilities are believed to have led to the outbreak of cholera cases.

According to MSF, the city of Sake is an endemic area of the cholera epidemic and with the displacement of the population, there is a great risk of the outbreak of the disease on the ground if humanitarian aid and other care do not arrive quickly.