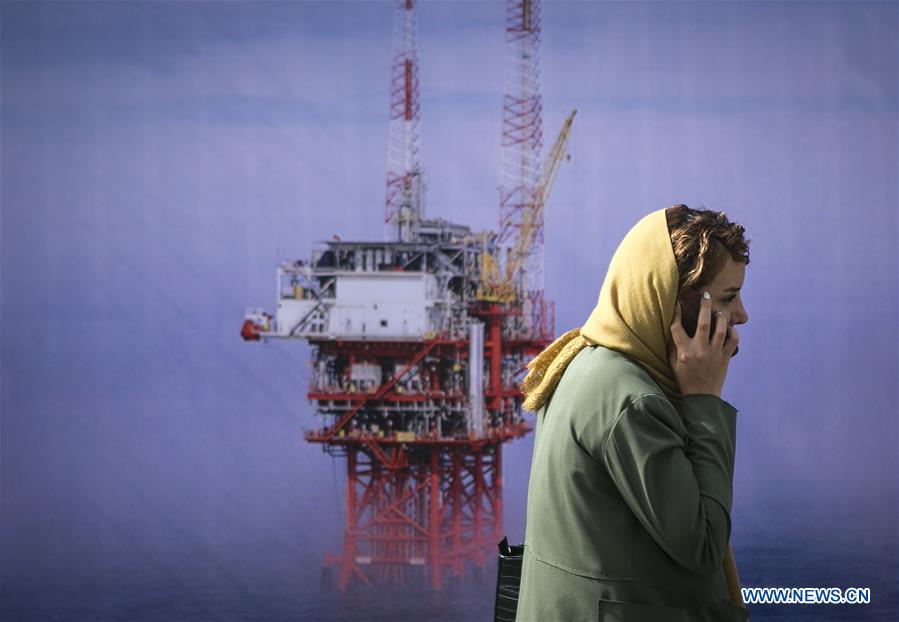 A woman visits the 23rd Iran International Oil, Gas, Refining and Petrochemical Exhibition in Tehran, capital of Iran, on May 7, 2018. (File photo: Xinhua)

Paris, London and Berlin on Saturday welcomed six new European countries to the INSTEX barter mechanism, which is designed to circumvent US sanctions against trade with Iran by avoiding use of the dollar.

"As founding shareholders of the Instrument in Support of Trade Exchanges (INSTEX), France, Germany and the United Kingdom warmly welcome the decision taken by the governments of Belgium, Denmark, Finland, the Netherlands, Norway and Sweden, to join INSTEX as shareholders," the three said in a joint statement.

The Paris-based INSTEX functions as a clearing house allowing Iran to continue to sell oil and import other products or services in exchange.

The system has not yet enabled any transactions.

It represents "a clear expression of our continuing commitment to the Joint Comprehensive Plan of Action" -- the 2015 Iranian nuclear deal -- the trio added.

They insisted Iran must return to full compliance with its commitments under the deal "without delay".

"We remain fully committed to pursuing our efforts towards a diplomatic resolution within the framework of the JCPoA."

The 2015 deal set out the terms under which Iran would restrict its nuclear programme to civilian use in exchange for the lifting of Western sanctions.