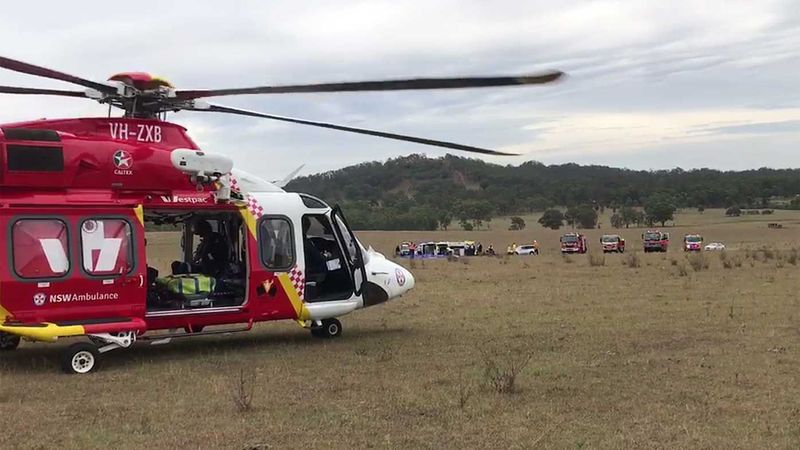 Rescue vehicles at the scene of a hot air balloon accident near Greta. (Photo:  AAP)

A hot air balloon with 15 people onboard has crashed in the Hunter Valley, Australia, leaving four people in hospital, including a young woman with suspected spinal injuries.

The balloon's basket made a hard landing, tipped sideways and was dragged a number of metres at Greta, about 21 kilometres from Cessnock, on Saturday morning.

Balloon Safaris has blamed a quicker than expected shift in wind speed for the accident, saying conditions were calm in the morning when four hot air balloons took off around 5.45am.

"The pilot decided to land at the first available landing spot," a company spokesman said in a statement on Saturday afternoon.

"The balloon landed firmly and some injuries were sustained by passengers in the basket as a result."

Six people were injured, including a woman in her 20s with suspected spinal injuries and an 80-year-old woman who fractured her leg, a NSW Ambulance spokesman said.

They were both airlifted to the John Hunter Hospital by the Westpac Rescue Helicopter.