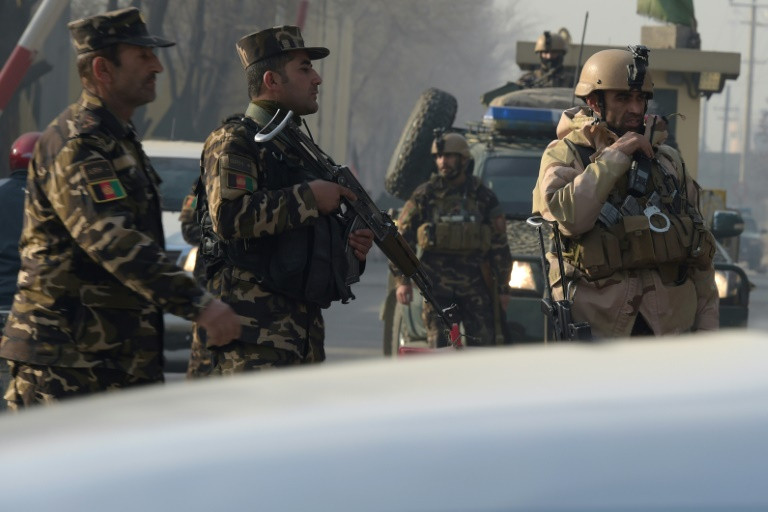 Afghan security personnel block a road near the site of a suicide attack close to an intelligence agency compound in Kabul. Photo: AFP

A suicide bomber killed six civilians in an attack near an Afghan intelligence agency compound in Kabul Monday in the latest assault claimed by the Islamic State group in the capital.

The attacker struck as workers were arriving at the offices of the National Directorate of Security (NDS), a week after militants stormed an NDS training centre in Kabul.

Interior ministry spokesman Najib Danish told AFP six civilians in a car were killed when the attacker blew himself up.

"Six people were martyred and three others were wounded," Danish said.

"They were hit when they were passing the area in their Toyota sedan vehicle. We still do not know the target of the attack but it happened on the main road."

The health ministry confirmed the death toll but put the number of wounded at one.

An AFP reporter at the blast site said the attack happened outside the main entrance to an NDS compound. Security forces have swarmed into the area, closing off the main road leading to the building.

Ambulances were seen leaving the scene, apparently taking casualties to hospitals in the city.

The Islamic State claimed the attack in a statement via their Amaq propaganda arm. It was the latest claimed assault by the Middle Eastern jihadist group in Kabul, which in recent months has become one of the deadliest places in the war-torn country for civilians.

Security in the city has been ramped up since May 31 when a massive truck bomb ripped through the diplomatic quarter, killing some 150 people and wounding around 400 others -- mostly civilians. 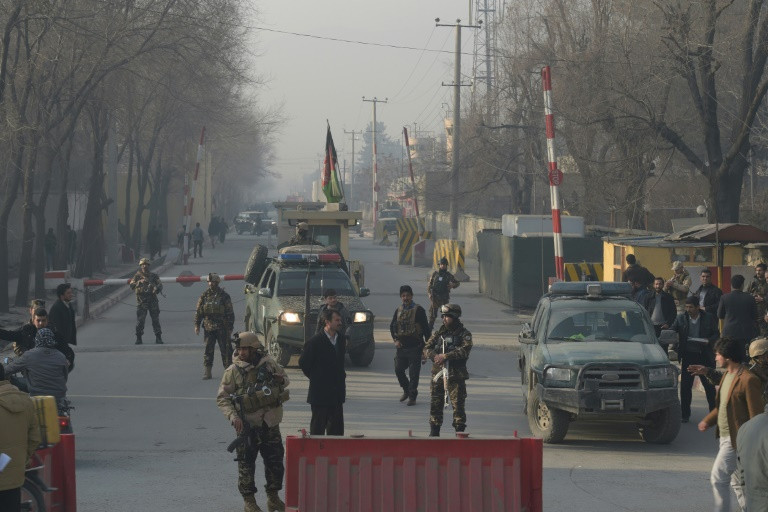 Kabul in recent months has become one of the deadliest places in the war-torn country for civilians. Photo: AFP

IS has expanded its presence in Afghanistan since it first appeared in the region in 2015.

It has scaled up its attacks in Kabul, including on security installations and the country's Shiite minority.

Last week's attack on the intelligence training centre triggered an intense hours-long gunbattle which killed the two militants in an assault that was also claimed by IS.

The resurgent Taliban are also stepping up assaults on security installations.

On Friday, in an attack claimed by the Taliban, a suicide bomber drove an explosives-packed Humvee into a police compound in the southern province of Kandahar, killing at least six officers and destroying a building.

Afghan forces, already hard-hit by desertions and corruption, have seen casualties soar to what a US watchdog has described as "shockingly high" levels since NATO forces officially ended their combat mission in 2014 and began a training and support role.

Morale has been further eroded by long-running fears that the militants have insider help -- everything from infiltrators in the ranks to corrupt Afghan forces selling equipment to the Taliban.