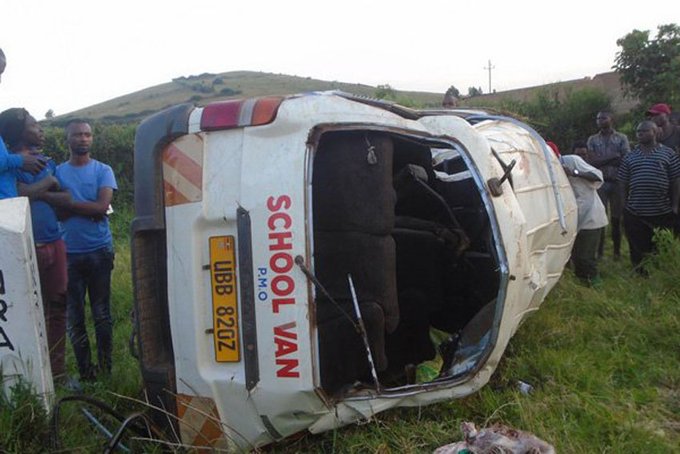 KAMPALA, Dec. 31 (Xinhua) -- At least six people were killed and seven others critically injured in a Monday evening road accident in the western Ugandan district of Ntungamo, a police spokesperson said on Tuesday.

Samson Kasasira, Rwizi regional police spokesperson said in a statement that the fatal accident involved a passenger van and a commercial motorcycle rider at Rubanga along the Ntungamo-Kabale Highway.

At least four occupants aboard the van belonging to Glory Boarding Primary School in the central district of Wakiso, a motorcycle rider and its passenger perished in the accident.

"The cause of the fatal accident was a tire burst of the front tire of the school van. The driver of the vehicle lost control and hit the motorcycle," said Kasasira.

"The motor vehicle and motorcycle were taken to Rubaare police station pending inspection by the inspector of vehicles," he said.

He said the injured were in the van. The injured and bodies of the deceased were rushed to Rubaare Health Center IV for treatment, postmortem and management respectively.

Uganda registers about 20,000 accidents each year, with some 2,000 deaths, making it one of the countries with the highest traffic death rates, according to police statistics.