At least six protesters died and several others injured in the northern Indian state of Uttar Pradesh Friday in fresh clashes between police and demonstrators, taking the death toll to 16 in more than a week of unrest triggered by a controversial citizenship law. 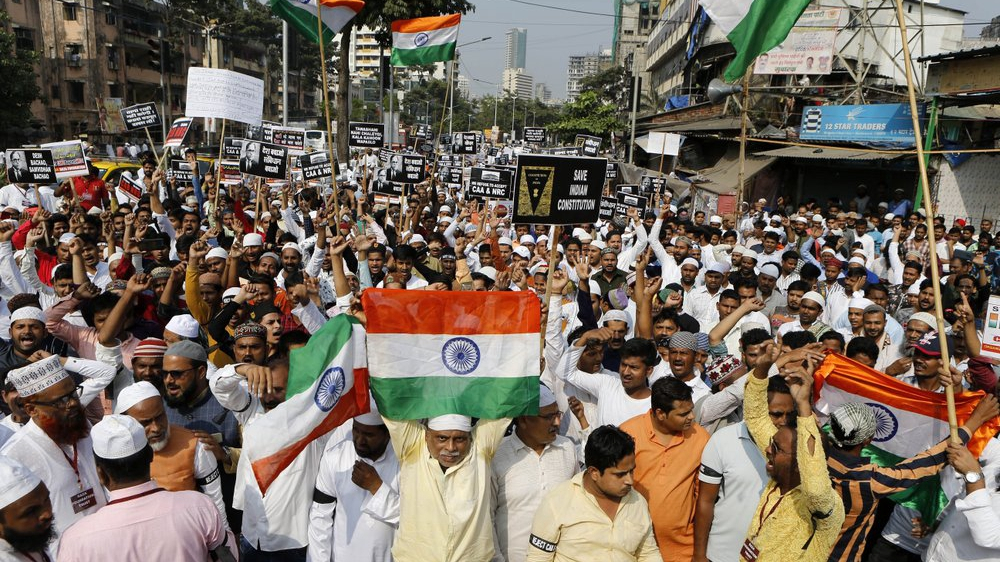 According to officials, two people were killed in Bijnor while one each was killed in Sambhal, Firozabad, Meerut and Kanpur. During the clashes, five police officers, including three with bullet wounds, were being treated in hospital, a chief medical officer told reporters.

Friday's protests broke out across many districts in the state. Thousands of protesters stood inside and on the steps of New Delhi's Jama Masijd, one of India's largest mosques, after Friday afternoon prayers. They waved Indian flags and shouted slogans against the government and the citizenship law.

Much of the violence was in the northern state of Uttar Pradesh, where protesters set fire to police posts and vehicles and hurled rocks at security forces despite prohibitory orders had been imposed to prevent the demonstrators in and around the mosque from meeting up with more demonstrators about four kilometers away in central Delhi. 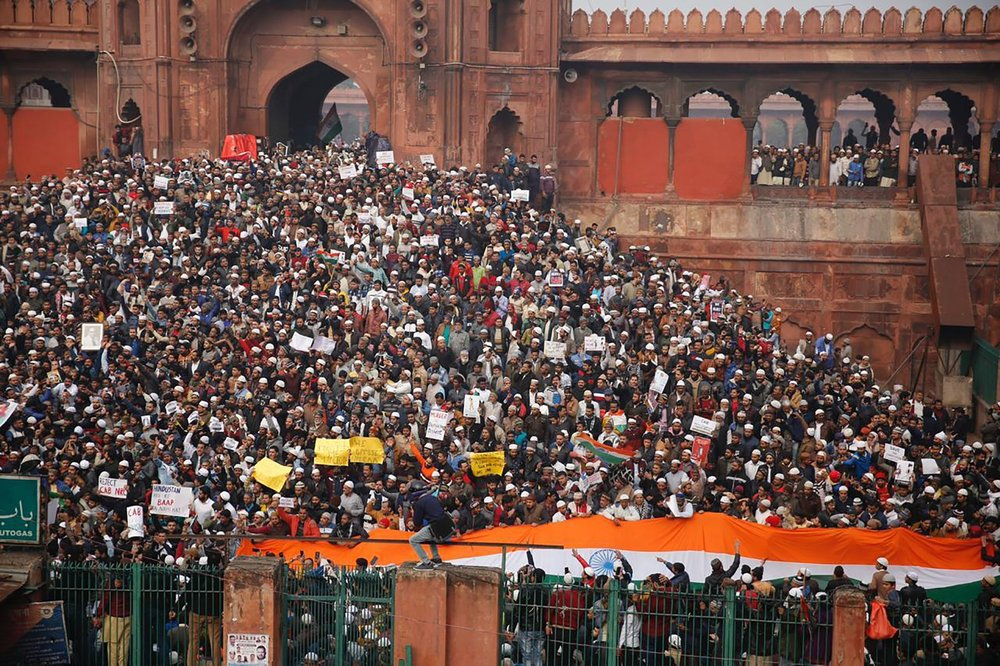 Indians gather for a protest against the Citizenship Amendment Act after Friday prayers outside Jama Masjid in New Delhi, India, December 20, 2019.

Most of the detentions also were in Uttar Pradesh state, where more than 100 have been arrested and 3,305 detained since Thursday.

Authorities had already taken numerous measures to contain the situation, including suspending internet access, imposing emergency laws, and shutting down shops and restaurants in sensitive pockets across the country.

The controversial citizenship law allows Hindus, Christians and other religious minorities who are in India illegally to become citizens if they can show they were persecuted because of their religion in Muslim-majority Bangladesh, Pakistan and Afghanistan, while the law does not apply to Muslims.

Opposition parties and civil society members in India criticize the law as contrary to secular principles enshrined in India's constitution as it excludes Muslims, and they have filed 60 petitions in India's top court to challenge the new law.