Sixty-Nine Canadians head to Australia to fight wildfires over holidays

Sixty-nine Canadians are heading to Australia have given up their holidays to help fight the devastating fires burning across the country, according to the CTV News website. 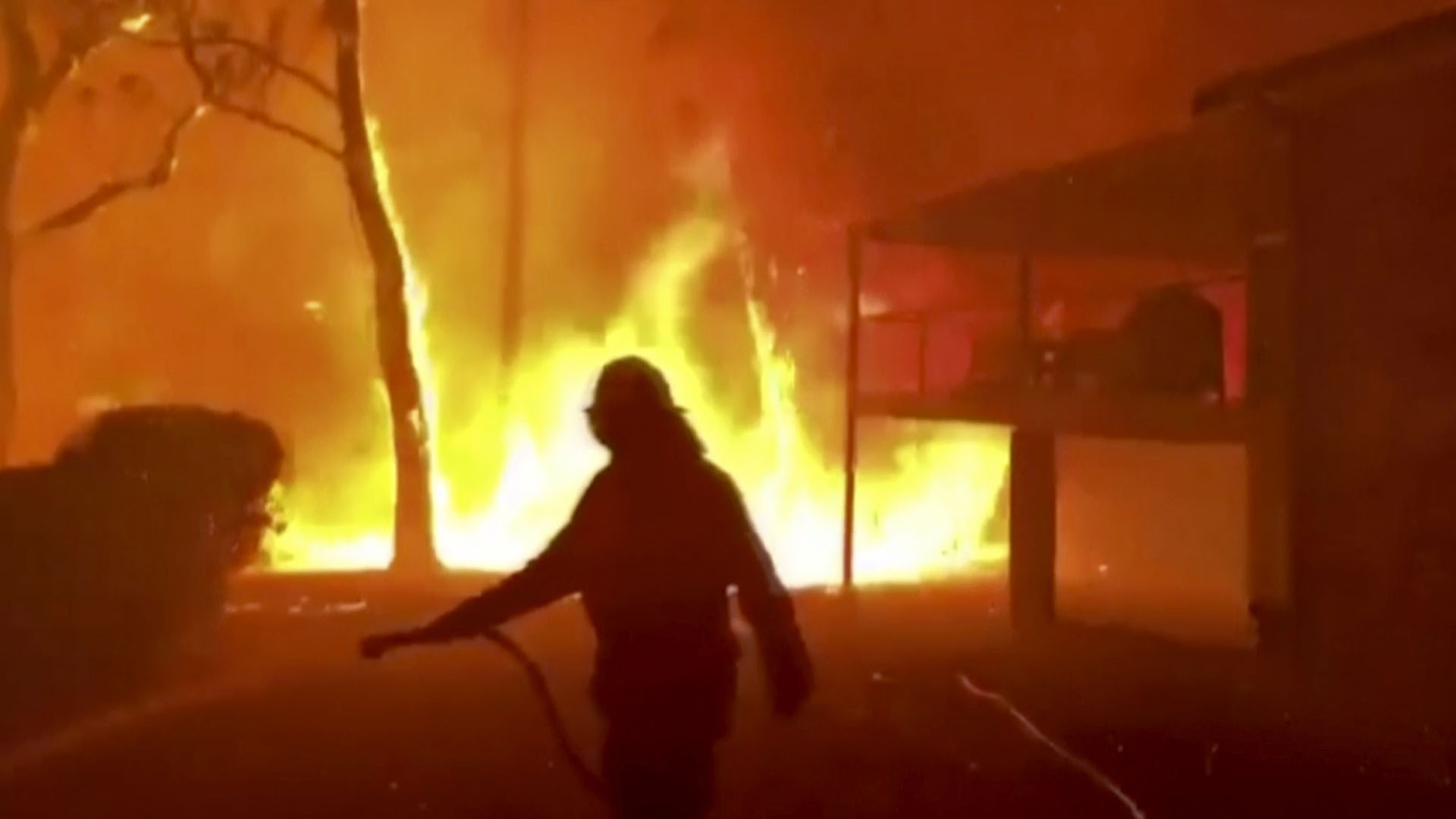 In this image made from video taken and provided by NSW Rural Fire Service via their twitter account, a firefighter sprays water on a fire moving closer to a home in Blackheath, New South Wales state, Australia Sunday, Dec. 22, 2019. Prime Minister Scott Morrison on Sunday apologized for taking a family vacation in Hawaii as deadly bushfires raged across several states, destroying homes and claiming the lives of two volunteer firefighters.(Photo: Twitter@NSWRFS via AP)

The Canadian Interagency Forest Fire Centre said 21 highly-trained staff left Canada for a 38-day deployment in New South Wales on Dec. 3. The second group of 30 Canadians was sent on Dec. 19 for 38 days and an additional 18 will be deployed on Dec. 30 for one month.

Kim Connors, the executive director of the CIFFC in Winnipeg said Canada called on Australian firefighters four times since 2015 and that agreement between Australia and Canada would be reciprocal in nature.

The fires continue to blaze in Australia due to record temperatures and strong winds fanning over 100 fires.