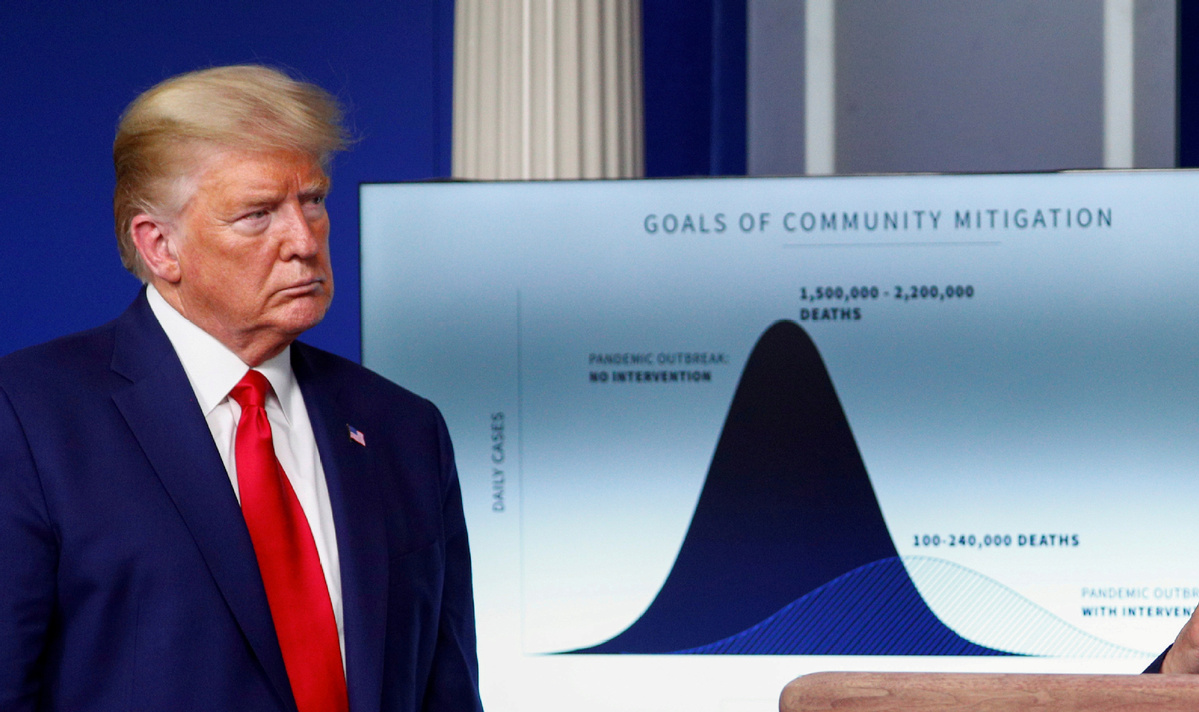 US President Donald Trump listens during the daily coronavirus response briefing at the White House in Washington, March 31, 2020. (Photo: Agencies)

A sizeable portion of false information has been political as the problem increased when the pandemic shifted to the United States and Europe, said Joan Donovan, a sociologist at Harvard University in Cambridge, Massachusetts.

Political chaos sown by the messages of US President Donald Trump and his administration includes "Trump's insistence on referring to the 'Chinese' or 'Wuhan' coronavirus and his advocacy of unproven (and even hazardous) 'cures'," according to an article published by the journal Nature.

Also belonging to this category is the allegation by US Secretary of State Mike Pompeo that the virus originated in a laboratory, despite the lack of evidence, says the British multidisciplinary scientific journal.

Donovan says social media firms might need to adjust their policies on permitting political discourse when it threatens lives.

Health misinformation is increasingly being buried in messages that seem strictly political at first glance, she adds.

In the same article, the magazine mentioned that a Facebook group urging protests against stay-at-home restrictions — Re-Open Alabama — featured a video of a doctor saying that his colleagues have determined that COVID-19 is similar to influenza, and "it shows healthy people don't need to shelter in place anymore".

Those messages could lead people to ignore public health guidance and endanger many others, says Donovan.

"It's important to demonstrate to platform companies that they aren't moderating political speech," Donovan says. "They need to look at what kind of health misinformation backs their claims that restrictions are unjustified."