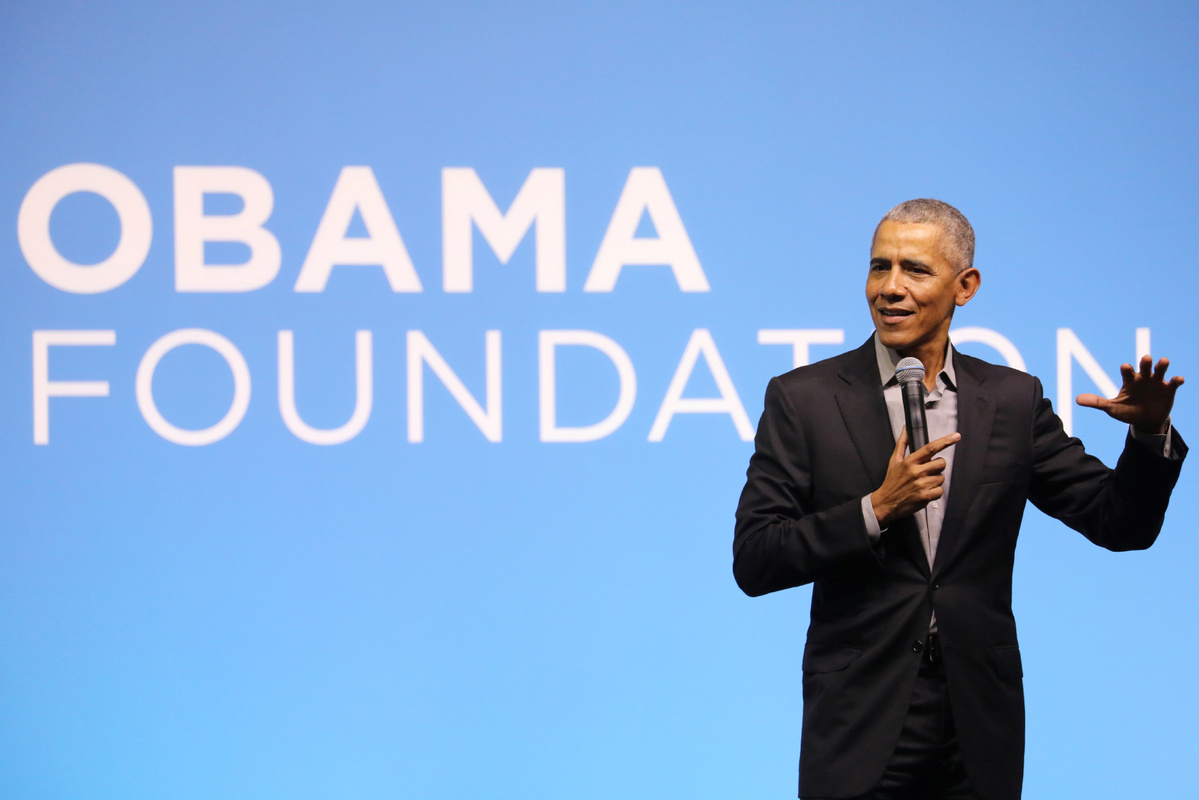 Former US President Barack Obama in a recent private conversation blasted the response to the coronavirus pandemic by the current administration of President Donald Trump as "absolute chaotic disaster," vowing to tirelessly help unseat the incumbent president in the upcoming general election.

A tape recording of Obama's remarks, rendered during a chat with members of the Obama Alumni Association on Friday and obtained and first reported by Yahoo News, showed that the former president said the current occupant of the White House has made selfishness, tribalism, division and animosity "a stronger impulse in American life," which has impeded the containment of the coronavirus pandemic globally.

"What we're fighting against is these long-term trends in which being tribal, being divided, and seeing others as an enemy - that has become a stronger impulse in American life," Obama said. "And by the way, we're seeing that internationally as well. It's part of the reason why the response to this global crisis has been so anemic and spotty."

Obama continued: "It would have been bad even with the best of governments. It has been an absolute chaotic disaster when that mindset - of 'what's in it for me' and 'to heck with everybody else' - when that mindset is operationalized in our government."

"That's why, I, by the way, am going to be spending as much time as necessary and campaigning as hard as I can for Joe Biden," he added, referring to the former Vice President serving during his presidency who now is the presumptive Democratic presidential nominee.

Obama has criticized his successor over the COVID-19 outbreak in the past, but seemed to have shown more restraint, saying the current administration lacked a "coherent national plan" to address the crisis.

"While we continue to wait for a coherent national plan to navigate this pandemic, states like Massachusetts are beginning to adopt their own public health plans to combat this virus -- before it's too late," the former president tweeted last month.

The much more combative criticism of the Trump administration's handling of the public health crisis came only during the latter part of the conversation, in which Obama first slammed the Justice Department's decision Thursday to drop the criminal charges against Michael Flynn, Trump's first national security adviser who was fired after the revelation of his lies to the Federal Bureau of Investigation (FBI) about his contacts with Russia during Trump's presidential transition period.

"The news over the last 24 hours I think has been somewhat downplayed - about the Justice Department dropping charges against Michael Flynn," Obama said, adding that "the fact that there is no precedent that anybody can find for someone who has been charged with perjury just getting off scot-free."

The former president misstated Flynn's charge, though. The former national security adviser, whom Obama had warned Trump not to hire, was not charged with perjury, but with lying to the FBI.

The charges against Flynn led to his ouster by Trump in February 2017 and became part of the US investigation led by Special Counsel Robert Mueller into Moscow's alleged meddling to help Trump win the presidency in 2016.

Flynn pleaded guilty in 2017 to his lying to the FBI about his conversations with then Russian Ambassador to the United States Sergey Kislyak, but the 61-year-old retired US Army Lieutenant General withdrew his guilty plea earlier this year, alleging prosecutorial misconduct.

"That's the kind of stuff where you begin to get worried that basic - not just institutional norms - but our basic understanding of rule of law is at risk. And when you start moving in those directions, it can accelerate pretty quickly as we've seen in other places," said Obama, who made the dismissal of the Flynn case the principal reason Democrats should make sure Biden will defeat Trump in the election.