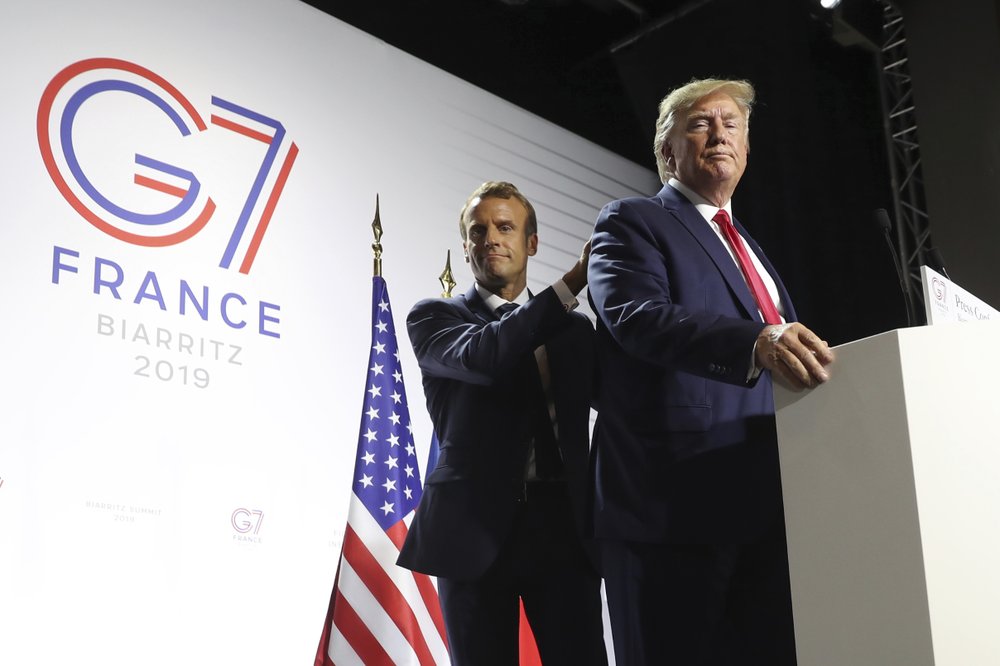 Biarritz (People’s Daily) – The 2019 G7 summit concluded Monday in Biarritz with a press conference held by French President Emmanuel Macron. Leaders from advanced industrialized nations shared their opinions on major issues during the three-day event. Despite a willingness to reach common ground amid differences, the results were limited.

During the 45th G7 summit with its heavy agenda beginning in place on the first day, discussions were held on topics like tightening trade tension and climate challenges, included the Amazon rainforest fires, to a slow Brexit, the Iran nuclear deal, Russia-Europe relations, and digital taxation.

One of the biggest surprises was the arrival of Iranian Foreign Minister Mohammad Javad Zarif. According to French media, Zarif’s visit was unannounced and indicated an attempt by Macron to ease spiraling relations between Iran and the US.

Whether Zarif’s presence will have an impact remains unclear. During his three-hour-plus stay, Zarif didn’t meet with US officials before returning to Tehran.

During the final joint press conference, Macron said he believed the conditions for a meeting between Trump and Rouhani in the coming weeks were established. However, Trump confirmed it was premature for them to meet, and emphasized he wanted a deal that involved “no nuclear weapons, no ballistic missiles, and a longer period of time.” But Iran had earlier confirmed that negotiations on its ballistic missile program would be unacceptable.

On day one, British Prime Minister Boris Johnson sparred with European Council President Donald Tusk over who should be blamed if the UK leaves the EU without a deal before the deadline.

After their meeting, the contradiction remained unchanged. Johnson promised Tusk the UK would exit the EU at the end of October, regardless of the circumstances. He also said that he would rather find a deal with the EU and repeated he would still be willing to sit down and talk with the EU and member states.

Johnson and Tusk will meet again at the UN General Assembly next month but will experience difficulty in negotiating a "backstop" that regulates the border between British Northern Ireland and Ireland. As already predicted, unblocking the border is too difficult.

Macron also said that France and the US agreed to work together “to get out of the difficulties that exist between us,” referring to the digital tax tension, and especially the GAFA tax. French media considered it a compromise.

The two leaders plan to work together on modernizing an international fiscal system and reach an international agreement with the Organization of Economic and Cooperation and Development (OECD) before next year. Paris would reimburse companies the difference between the French tax and a planned system drafted by the intergovernmental origination.

When asked whether the threat of a retaliatory wine tax was off the table, Trump would only say his wife “loves French wines.”

On international issues, the summit helped advance dialogue on climate and biodiversity, reducing carbon emissions, and the Amazon rainforest fires. The discussions were held without Trump.

Regarding the crisis in the Amazon rainforest, during the closing press conference with Chilean President Sebastián Piñera, Macron said the G7 members agreed to provide 20 million euros in emergency aid to combat fires.