A Slovakian writer has written two books about China in the past two decades, intending to show the world real China. 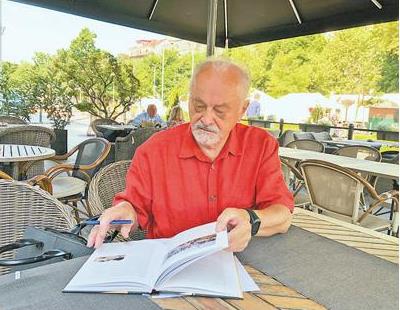 The author compared China's rejuvenation to a new Long March, along which the Chinese people are marching toward a better life with courage and faith.

"China has created a miracle, helping 740 million people get rid of poverty and reducing the poverty headcount ratio by 94.4 percentage points since reform and opening up," he said.

The former journalist first went to China to film a documentary in the 1980s. Though the country was a relatively closed society back then, it had already started to change positively through reform and opening up, Moravcik recalled.

In the following years, Moravcik paid several visits to China and deepened his understanding of the country. He went to villages in Shenzhen, a city at the forefront of reform and opening up, and villages in the less developed Yunnan province in southwest China, witnessing massive changes.

"I think I should tell these changes to the world," said the writer.

Moravcik refuted some biased media reports about China in his books, saying some journalists hold prejudices against China while neglecting the positive changes taking place in the country.

The book, China at the End of the Long March, was awarded best documentary literature in 2017 and the most popular work in 2018 by the Writers' Association in Slovakia.