WORLD Slovenian election a tight fight between environmentalism and populism

Slovenian election a tight fight between environmentalism and populism 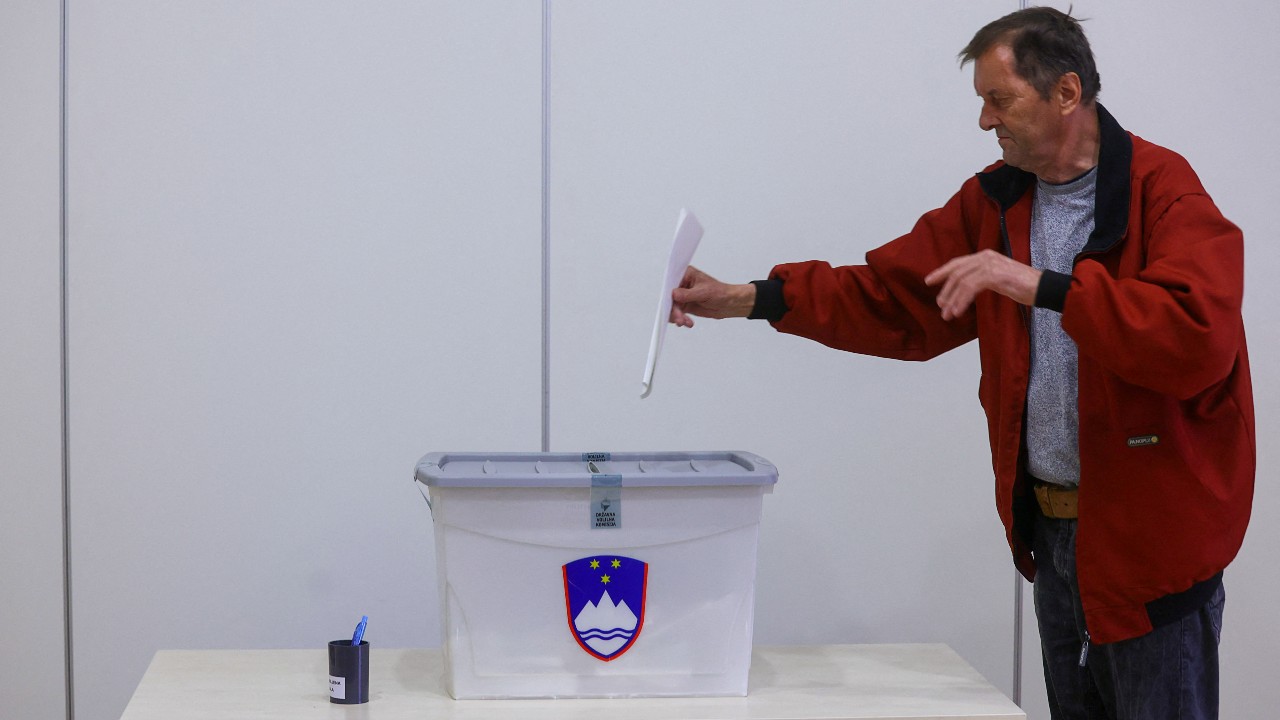 A man casts his vote for Slovenia's parliamentary election at a polling station in Grosuplje. (Photo: Agencies)

Slovenians went to polling stations on Sunday to vote in an election in which Prime Minister Janez Jansa hopes to shake off criticism of his record on democracy and media freedoms and win a fourth parliamentary term.

But his center-right Slovenian Democratic Party (SDS) faces a strong challenge from the environmentalist Freedom Movement, which wants more investment in renewable energy and more transparency in state institutions.

"Today we are voting for change," said Milena, 58, who cast a ballot in the capital Ljubljana. "We do not want these politicians in power anymore. The last two years have been desperate in every way. We want new faces, we want normality and stability."

A poll published by Ninamedia polling agency on Friday put the Freedom Movement on 27.7 percent and Jansa's SDS on 24 percent.

Jansa, an admirer of former U.S. President Donald Trump and an ally of nationalist Hungarian Prime Minister Viktor Orban, has clashed with Brussels over media freedoms and opponents accuse him of undermining democratic standards. Jansa denies the accusations.

The 63-year-old populist has campaigned on promises to improve the economy and provide energy security in the small Alpine country of about two million people that is a member of the European Union and the NATO military alliance.

Whoever wins will have to secure coalition partners to form a new government. The two main left-leaning parties have ruled out serving in a coalition led by the SDS.

He was among the first EU leaders to visit Ukraine and show solidarity with Kyiv after Russia's military action began on February 24, and has promised to reduce Slovenia's reliance on Russian gas imports.

Jansa says he has managed the economy well and hopes to benefit from measures implemented to soften the economic impact of the COVID-19 pandemic.

"These elections will decide how Slovenia will develop not only for the next four years, but for the next decade," Jansa said after casting his vote in a rural area near the industrial town of Velenje.

The Freedom Movement is led by Robert Golob, a former executive of a state-owned energy company. It backs EU sanctions on Russia over the war in Ukraine but accuses Jansa of seeking to exploit the war for his own political benefit, a charge that Jansa dismisses.