LJUBLJANA, April 24 (Xinhua) -- About 1.7 million eligible Slovenian voters went to polling stations on Sunday to choose a new 90-seat parliament among a total of 1,476 candidates from 20 parties or party alliances.

According to polls, each of the two parties could get about 25 percent of the vote while analysts expect up to eight more parties could pass the four-percent threshold for parliamentary representation. 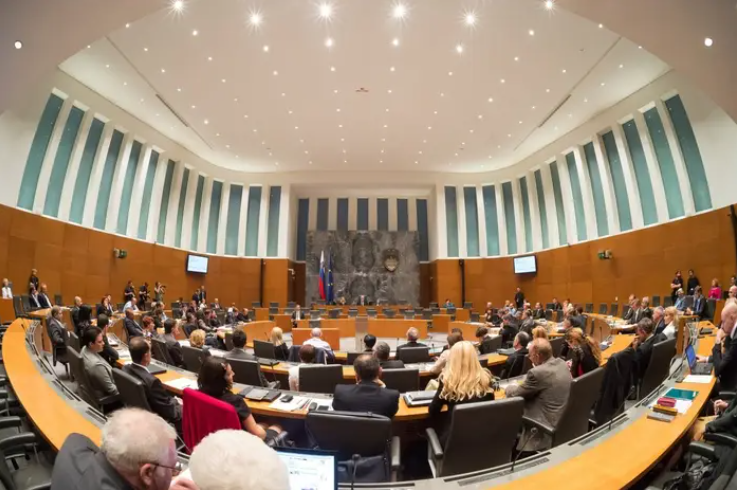 Turnout is expected to be significantly higher than 52.64 percent reached at the previous general election in 2018 as a record number of voters attended early voting, which took place between Tuesday and Thursday.

The State Election Commission said that 7.67 percent of all voters had attended early voting, which is designed for people who would not be able to vote on Sunday, up from 3.1 percent four years ago.

Some of the main tasks of the new government include battling the COVID-19 pandemic, improving the public health system, curbing the rising cost of energy prices and high inflation and dealing with trade unions' demands for hefty wage hikes.

The preliminary election results will be out later on Sunday.