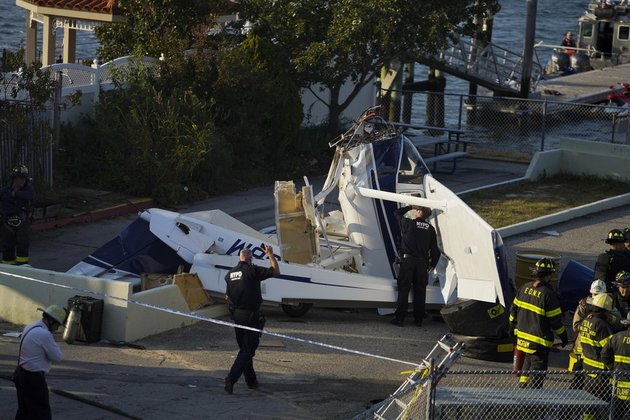 NEW YORK, Oct. 4 (Xinhua) -- A single engine seaplane crashed into a pier on the Long Island Sound in Queens of New York City on Sunday afternoon, according to the New York City Fire Department (FDNY).

Three seriously injured passengers were removed from the wreckage and transported to local hospitals, said the FDNY via Twitter.

Rescue operations are still underway and no cause of the incident has been disclosed.