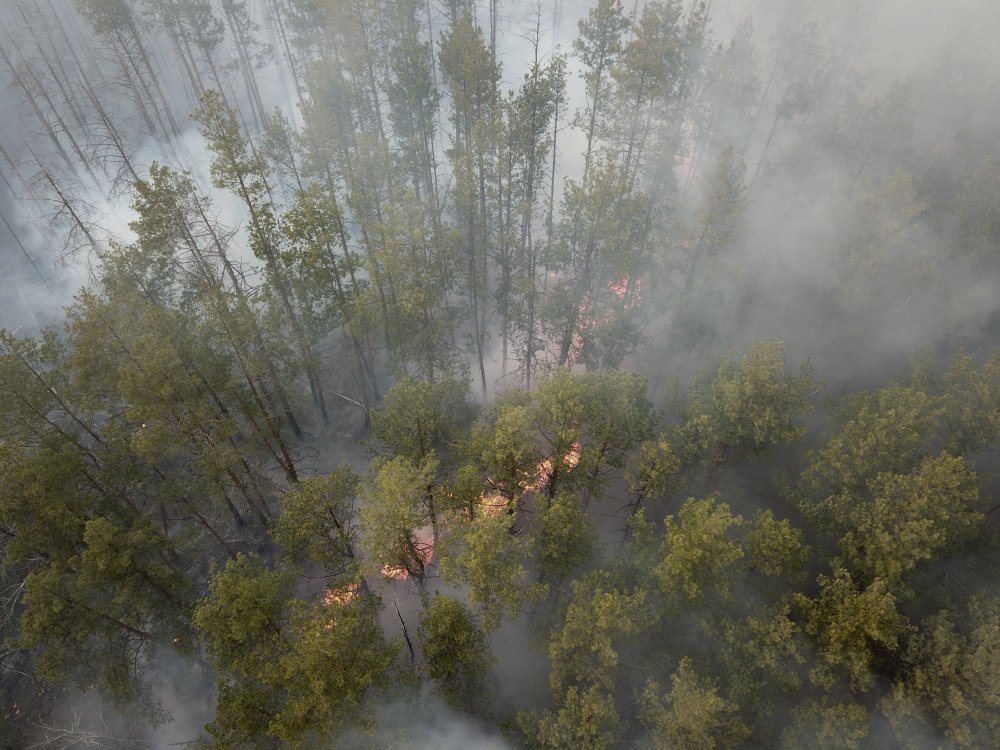 A forest fire burning near the village of Volodymyrivka, in the exclusion zone around the Chernobyl nuclear power plant, Ukraine, Sunday April 5, 2020. (Photo: AP)

Smoke from wildfires in the contaminated evacuation zone around the wrecked Chernobyl nuclear power plant has engulfed Kyiv, placing the Ukrainian capital near the top of the global air pollution index.

The authorities said Friday that radiation levels in Kyiv have remained normal, but they advised residents to stay home and close their windows. About 1,000 firefighters backed by aircraft have been deployed to battle the forest blazes near the site of the world’s worst nuclear accident, which took place 34 years ago.

Wildfires erupted in the forests around Chernobyl on April 4, accidentally sparked by residents who were burning trash. The firefighting teams managed to contain the initial blazes, but new fires erupted Thursday, sweeping into wider areas thanks to strong winds.

The authorities in Kyiv said radiation levels in the capital, which is about 100 kilometers (60 miles) south of the plant, were within norms. They also insisted that the wildfires were posing no threat to radioactive waste dumps and other facilities in Chernobyl, but advised Kyiv residents to drink a lot of water and cover windows with wet fabrics if they open them.

The fires are in the 2,600-square-kilometer (1,000-square-mile) Chernobyl Exclusion Zone that was established after the 1986 disaster at the plant that sent a cloud of radioactive fallout over much of Europe.

The zone is largely unpopulated, although about 200 people have remained despite orders to leave. Fires in the area raise concerns that they could spread radioactive material.